Referring to his government's focus to corruption and corrupt practices, PM Modi said: 'Our fight is against corruption and those indulge in such activities.' 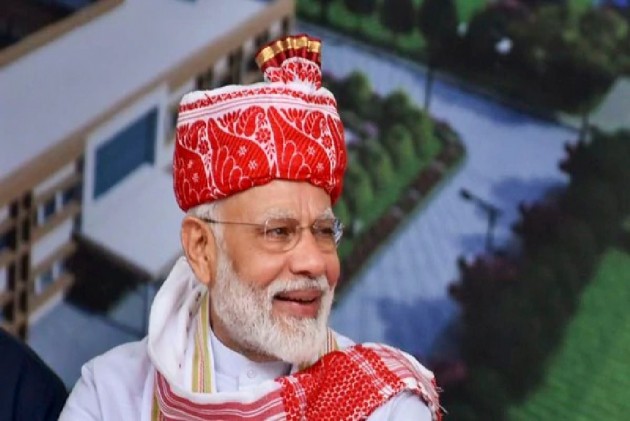 Asserting that "development" is the priority of the BJP-led Central government, Prime Minister Narendra Modi here on Thursday hit out at senior Congress leader and former Finance Minister P. Chidambaram in a veiled attack, saying his government is against corruption and some engaged in such practices have also been sent to jail.

Recalling his promises made during Lok Sabha elections of providing "Kamdaar (workaholic) and "Damdaar" (strong) government, the Prime Minister said it all has been shown in only 100 days of the new government.

Modi said it was just a "trailer" and that "full film" is yet to come.

"Our priority is to provide water to every household in the country. Our priority is to protect the rights of Muslim women for which we made law. We took decisions in the first 100 days and made a new law to make anti-terrorism law more stringent. Our aim is to give new heights to Jammu and Kashmir and Ladakh for which we took a decision," Modi addressed a gathering while Launching various development works in Ranchi.

Referring to his government's focus to corruption and corrupt practices, Modi said: "Our fight is against corruption and those indulge in such activities. In 100 days we took decisions against such persons. Some of them have been sent to jail."

In a recent high profile case, Congress leader Chidambaram was last week sent by a district court to Tihar Jail in Delhi for 14-day judicial custody in INX Media case being probed by the Central Bureau of Investigation.