The former deputy chief minister of Rajasthan said the farm bills had deliberately been brought at a time when the economy is collapsing and farmers are suffering losses. 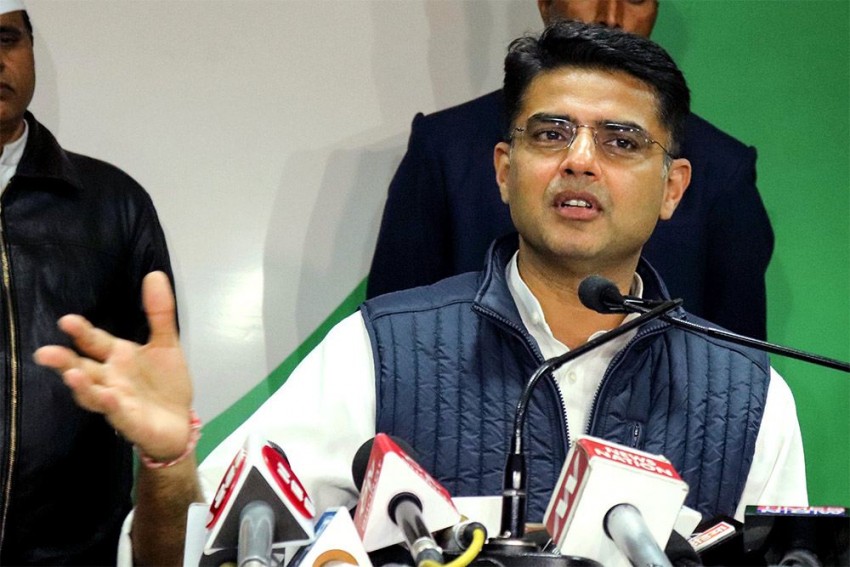 Congress leader Sachin Pilot hit out at the Centre over the new farm laws on Monday and accused it of betraying farmers at a challenging time.

"Recently passed farm bills are being opposed in the entire country. The constituents of the NDA are opposing these too. Congress decided to fight alongside farmers from all over the country. Now, we will take it further, but I believe that the central government has betrayed the farmers in a challenging time," Pilot told reporters here.

"The Akali Dal is the oldest ally of the NDA and is opposing the laws. When you could not explain the laws to the Akali Dal MP, what would you explain to the farmers," the Congress leader asked.

These three farm bills are: The Farmers' Produce Trade and Commerce (Promotion and Facilitation) Bill, 2020, The Farmers (Empowerment and Protection) Agreement of Price Assurance and Farm Services Bill, 2020 and The Essential Commodities (Amendment) Bill, 2020.

Pilot said the Congress believed there should be investments in agriculture and that farmers should get better prices for their produce. However, he added, starting a new system and ending the existing mandi system will lead to a few industrialists monopolising the sector.

"The new laws are being opposed all over the country. Congress party will oppose these laws till the end. We are not going to leave any stone unturned to get justice for the farmers," Pilot said.