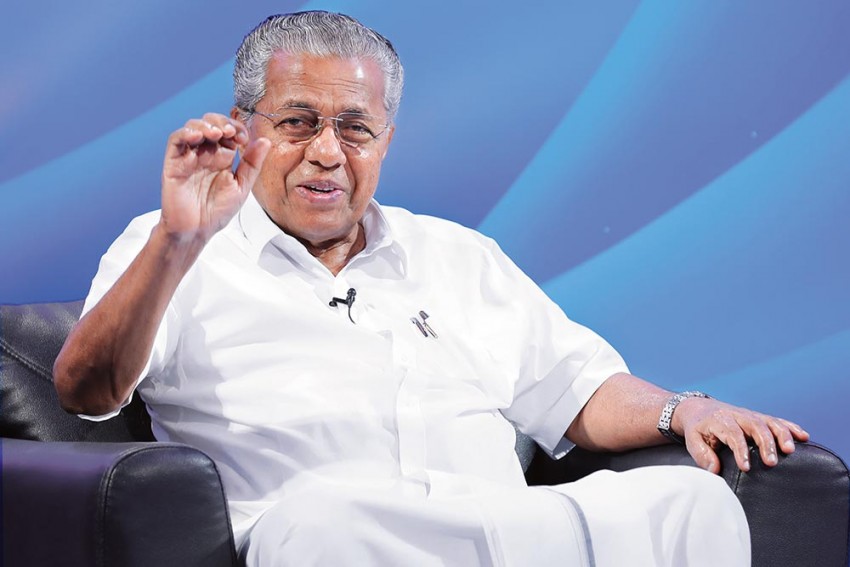 Kerala Chief Minister Pinarayi Vijayan took oath as a legislator on the floor of the Kerala Legislative Assembly on his 76th birthday on Monday.

The first session of the 15th Kerala Assembly began on Monday when the pro-term Speaker P.T.A. Rahim read out the oath to the legislators including Vijayan.

As Vijayan takes over again, the Kerala Assembly has recorded a lot of firsts in its history.

This is the first time that a sitting Left government is getting a second term in office.

This is the first session of the 15th Kerala Assembly when the pro-term Speaker P.T.A. Rahim read out the oath to the legislators.

The order of taking the oath of the legislators was based on the alphabetical and hence P. Abdul Hameed, Indian Union Muslim League legislator was the first to take the oath.

In the 140-member Kerala Assembly the ruling Left has 99 legislators while the Congress-led Opposition has 41 members, and the BJP which opened its account in the 2016 assembly polls, this time drew a blank.

In the Opposition benches there has been a change after Ramesh Chennithala, the leader of opposition in the previous assembly, was replaced by 57-year-old V.D. Satheesan.

And for the records this time, there are 53 first time legislators, an all time high in the recent history of the legislature.

There are 10 women legislators with K.K. Rema of the RMP, the lone lady in the Opposition benches.

With regard to the 20-member cabinet of Vijayan, 17 of them are first time ministers, besides three women ministers in a cabinet, is also happening for the first time.

With regard to experience, the 41 member Opposition is a power house of experience when compared to the treasury benches.

Two-time former Congress Chief Minister Oommen Chandy also wrote himself into record books when he equalled late K.M. Mani's record of winning a successive 12 terms - the highest by any legislator in Kerala.

Vijayan then comes next with six terms and there are few others also in this category.

In the treasury benches there was a big vacuum after veteran Ministers like Thomas Isaac, A.K. Balan, G. Sudhakaran, C. Raveendranth and E.P. Jayarajan were not given a seat to contest while those who got the seat did not make it to the cabinet this time, which includes K.K. Shailaja, A.C. Moideen, T.P. Ramakrishnan, M.M. Mani, Kadakampally Surendran and K.T. Jaleel.

Incidentally in the Opposition benches, Chennithala was seated in the second row.

Meanwhile on Tuesday the assembly will meet to elect the new speaker and while the result is a foregone conclusion as former two time Lok Sabha member M.B. Rajesh of the CPI-M has been nominated by the CPI-M and opposing him would be three time legislator P.C. Vishnunath of the Congress.

On Friday, Kerala Governor Arif Mohammed Khan will read out his address which would be the policies of the new Vijayan government.