Home  »  Website  »  National  »  Places Of Worship In Maharashtra To Reopen From Monday: Thackeray

Places Of Worship In Maharashtra To Reopen From Monday: Thackeray 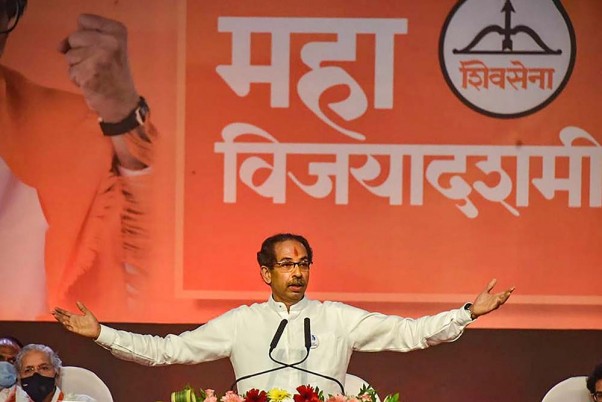 Maharashtra Chief Minister Uddhav Thackeray on Saturday said the places of religious worship across the state, which were shut since the Covid-19 lockdown in March, will reopen from Monday.

Thackeray said this in a statement.

Extending greetings to people on the occasion of Diwali, he said, "We can't forget that the demon coronavirus is still amongst us. Even though this demon is slowly falling silent now, we cannot be complacent. Citizens need to follow discipline."

"Just like discipline and restraint were observed while celebrating Holi, Ganesh Chaturthi, Navratri and Pandharpur wari (annual pilgrimage), followers of other faiths also celebrated festivals like Eid, Mount Mary festival by keeping the Covid-19 safety protocol in mind," he said.

The chief minister said that although places of religious worship had to be shut during the pandemic, God was taking care of all devotees in the form of doctors, nurses and other health staff.

He said that after the religious places of worship are reopened from Diwali Padwa that falls on Monday, rules and safety protocols have to be followed strictly.

"Crowding will have to avoided. The reopening of religious places is not a government order, but the wish of the Almighty. Shoes will have to kept outside the premises and wearing masks is mandatory," he said.

"If we follow discipline, we will get God's blessings," Thackeray said.

The chief minister was repeatedly being targeted by the opposition BJP for keeping the places of worship shut even as the Unlock process began in June.

However, Thackeray had defended his decision saying it was difficult to follow physical distancing at the places of worship.

During his last webcast address to citizens, he had said that standard operating procedures (SOPs) were being prepared and the decision on reopening of these places will be taken after Diwali.

The issue had also led to a standoff between Thackeray and Governor BS Koshyari, who reminded the Shiv Sena president of his Hindutva credentials and asked if he had turned secular.

The governor's letter to the chief minister was criticised by the MVA allies.