Planning To Celebrate New Year? Check For Partying Rules In Your State

States in India have also enacted measures to prevent large gatherings, as efforts to trace passengers who returned from the UK in recent days and their contacts, continue. 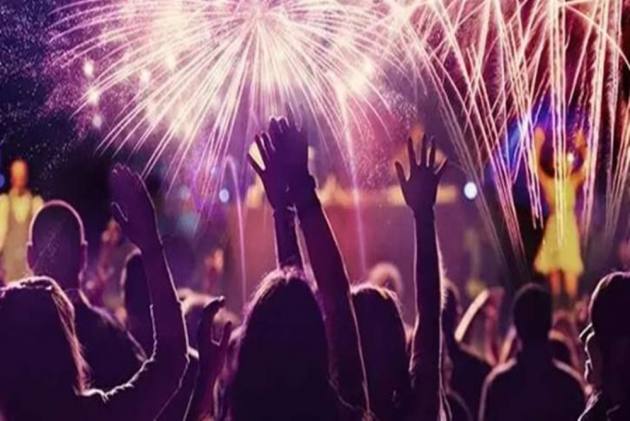 Six cases of a mutant strain of coronavirus that first surfaced in the UK, have been detected in India. The new strain is believed to be 70 per cent more infectious. All six patients have recently returned from the UK, where cases have spiralled within days.

Several countries, including India, have banned air travel to and from the UK.

States in India have also enacted measures to prevent large gatherings, as efforts to trace passengers who returned from the UK in recent days and their contacts, continue.

The restrictions are going to hit New Year's Eve celebrations in many parts, with several authorities announcing restrictions on New Year’s gatherings.

So, here's the list of states and the bans they have imposed on New Year's celebrations:

The Maharashtra government has extended till January 31, 2021, the lockdown restrictions in the state on account of coronavirus.

A circular to this effect was issued on December 29.

"The state is threatened with the spread of Covid-19 virus. Therefore, to take certain emergency measures to prevent and contain the spread of the virus, the lockdown in the state has been extended till January 31," the circular said.

The activities already allowed and permitted from time to time shall be continued, it added.

Planned mass gatherings without social distancing in clubs, pubs, and restaurants has been banned in Karnataka from December 30 to January 2. Clubs, pubs and restaurants can’t host parties but will function normally abiding by Covid-19 guidelines. Starting from today, there will be night curfew between 10:00 pm and 6:00 am, till January 2.

As per reports, curfew will be imposed in Rajasthan from 8:00 pm on December 31 to 6:00 am on January 1. Markets in the state will also be closed at 7:00 pm on New Year’s Eve, according to an order of the state home department.

Public celebrations in restaurant, clubs, pubs, resorts, beach resorts, beaches have been banned across Tamil Nadu on both December 31 and January 1, 2021. So, Marina Beach which is a popular New Year party destination will remain out of bounds. PTI reported. However, there is no curfew in Tamil Nadu. Restaurants, pub, clubs and resorts will remain open and function normally, adhering to Covid-19 guidelines.

State capital Dehradun has banned public celebrations like parties at hotels, bars and restaurants on December 31 and January 1. Any violation will be punishable under the Disaster Management Act, 2005, the Epidemic Diseases Act and other relevant sections of the IPC.

In Odisha's Cuttack and Bhubaneswar, authorities have imposed blanket bans on New Year's Eve celebrations. No gatherings will be allowed at pubs, hotels or restaurants and authorities have asked citizens to bring in the New Year inside their homes.

A night curfew from 10:00 pm to 5:00 am to remain in place till January 1. Public gatherings allowed as per Covid-19 guidelines. Mass gatherings at weddings, parties and other events are banned.

A night curfew has been imposed in Shimla, Mandi, Kangra and Kullu till January 5. There will be no New Year's celebrations in the above-mentioned districts at night

In Manipur, a night curfew from 6:00 pm to 4:00 am has been in place since November. The state government has confirmed that this will remain in effect even on New Year's Eve and the New Year. However, the Manipur administration has allowed New Year celebrations in public places during daytime as long as Covid-19 SOP is adhered to.

However, there has been no official report of any restrictions in many states, including the Delhi, Uttar Pradesh, Kerala, J&K, Bihar, among others.

This comes in the backdrop of daily Covid-19 cases in the country falling to 18,732, and the total count reaching 10,187,850 on Sunday, according to the health ministry.