'We intend to motivate them to donate their organs for social welfare,' advocate Shivam Sharma, appearing for the petitioner, said. 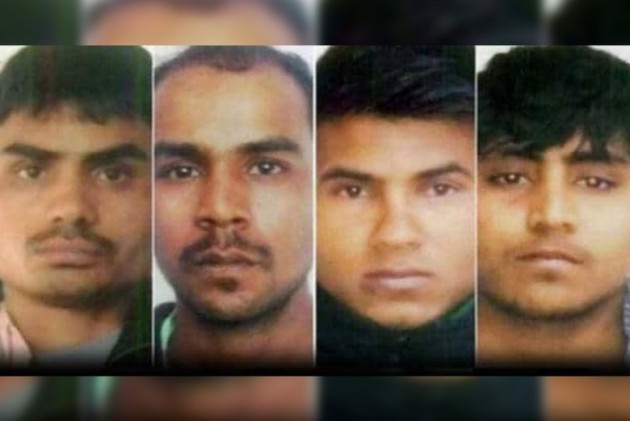 A petition was filed before a Delhi court on Thursday seeking a meeting with four death row convicts in the sensational 2012 Nirbhaya Gang rape and murder case to persuade them to donate their organs.

Additional Sessions Judge Satish Kumar Arora put up the matter for hearing on Friday after the public prosecutor, appearing for the state, sought time to advance arguments on the matter.

The petition, filed by NGO RACO, said, "The applicant is requesting for a meeting with the convicts along with a group comprising of experts from various fields including psychiatrist, spiritual leader, lawyer and the undersigned, to lead expert consultations with the hope that we would acknowledge remorse to these convicts regarding the heinous crime committed by them."

"We intend to motivate them to donate their organs for social welfare," advocate Shivam Sharma, appearing for the petitioner, said.

Their review petitions against the 2017 verdict of the Supreme Court have been dismissed by the SC for the heinous crime committed by them seven years ago when the nation had come out on streets demanding exemplary punishment to them.

The 23-year-old paramedic student, referred to as Nirbhaya, was gang raped and brutally assaulted on the intervening night of December 16-17, 2012 inside a moving bus in south Delhi by six persons before being thrown out on the road.

She died on December 29, 2012 at Mount Elizabeth Hospital in Singapore.

One of the six accused in the case, Ram Singh, allegedly committed suicide in the Tihar Jail here.

A juvenile, who was among the accused, was convicted by a juvenile justice board and was released from a reformation home after serving a three-year term.

The top court in its 2017 verdict had upheld the capital punishment awarded to them by the Delhi High Court and the trial court.