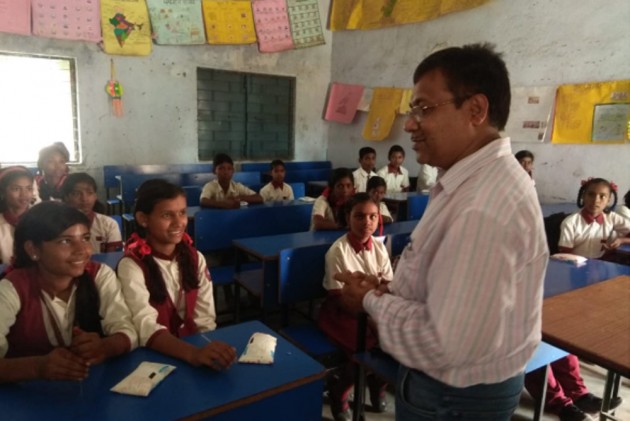 When the Jharkhand government rolled out PM Giftmilk scheme on February 17 this year in the presence of Prime Minister Narendra Modi, little did it know that it would divide the government schools into two categories, ‘haves’ and ‘have nots’.

Under the scheme, the government randomly identified 100 schools in four districts – Bokaro, Latehar, Ranchi and Hazaribagh – where every student upto eighth class gets a pouch of 200 ml of flavoured pasteurized toned milk fortified with vitamin A & D.

Feeling deprived, students in other schools have started ditching classes as they want to join those schools which are covered under the scheme. Many of them have already done that.

“A principal from a nearby school got upset with me and complained that I was poaching all students of her school,” Bindu Kumari, principal of Booty More Govt School says. She informed that the number of admissions, as well as attendance, has surged dramatically since the launch of the scheme.

“Dozens of students from nearby schools wanted to get admission in my school just because we distribute milk. But when I spoke to the principals of other schools, they requested me not to admit these students," Naseem Ahmed, principal, Govt Middle School in Bariyatu (Ranchi), said.

Ahmed says that in the coming academic session, next year, it might create a bigger problem in terms of migration of students from other schools to those covered under the scheme. Schools teachers do agree that besides its multiple benefits, the scheme has caused a rift among schools and students.

Ahmed also cautioned that the scheme is questionable if it doesn’t cover all the schools.

Senior government officials say that the plan is to cover all the schools in the state but at initial phase, there are only 100 schools identified randomly.

Interestingly, the initial ‘Giftmilk’ programme was started by the National Dairy Development Board (NDDB) in November 2017 for 14000 students in 36 government schools in Jharkhand under its Corporate Social Responsibility (CSR) programme.

NDDB identified Jharkhand Milk Federation (JMF), a local cooperative, as the supplier. It covered 50% girl students and about 65% Scheduled Caste and Scheduled Tribe students. After one year, a study conducted by Rajendra Institute of Medical Sciences (RIMS) startled the government officials.

The study, with the baseline data collection of 960 students studying in 16 random schools in Latehar district, showed a decrease in the number of stunted and anaemic children and increase in their IQ and attendance.

“The study also recommended to continue the programme for a minimum of three years to sustain the benefits for the children,” an official spokesperson from NDDB said.

He added, “we gave a presentation to the principal secretary, government of Jharkhand, for the dissemination of the findings. He got impressed so much that he decided to adopt it and launch it in more schools.”