In a candid conversation with Bollywood actor Akshay Kumar, Prime Minister Narendra Modi said he follows him and his wife Twinkle Khanna on social media, and also made light of Khanna's criticism of his policies. 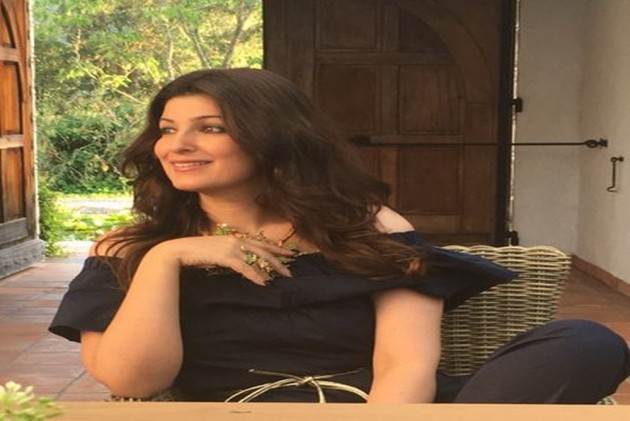 Author and columnist Twinkle Khanna said on Wednesday that she took Prime Minister Narendra Modi's comments about her criticism of him on social media in "positive" stride, adding that she was glad he was not only aware about her existence, but also her work.

Modi talked about Khanna's critique of his policies on Twitter in an interview with her husband, actor Akshay Kumar.

Modi speaking to the actor on Tuesday in a "candid and completely non political" conversation, took credit for maintaining peace in the Kumar-Khanna household.

He joked that Kumar must be leading a relatively "peaceful" life at home, since Khanna vented all her anger against him on Twitter.

In the interview, Modi did not miss the fact that Twinkle has been caustic towards him, and said that he keeps a close tab on the social media and follows the couple's tweet.

"I keep tabs on social media to know what is happening in the world. I also keep an eye on your and Twinkle Khanna's Twitter accounts. The way she vents her anger against me, your family life must be quite peaceful. She would take out all the anger against me. You must be at peace. In a way, I feel I have helped you, especially in Twinkle ji's case," Modi told Kumar.

Khanna was quick to respond to the quote from the interview shared on the BJP's official Twitter account.

"I have a rather positive way of looking at this - Not only is the Prime Minister aware that I exist but he actually reads my work," she tweeted.

I have a rather positive way of looking at this-Not only is the Prime Minister aware that I exist but he actually reads my work :) ðÂÂÂÂÂÂÂÂÂÂÂÂÂÂÂÂÂÂ https://t.co/Pkk4tKEVHm

Citing the incident, PM Modi said, “During a severe drought in Gujarat, some of us would do some social work. We would run a buttermilk centre," reported India Today.

He added that a renowned sweetshop owner made Chunnibhai meet Modi during one of the programmes in Mumbai.

“He had donated money and we began running a chaach centre. Back then I met her grandfather. We spoke quite a lot," said PM Modi.

Khanna, a newspaper columnist, is the author of books such as "Mrs Funnybones" and "The Legend of Lakshmi Prasad".