PM-Led Panel To Meet On CBI Director Selection, Here Is A List Of Probable Candidates

There are a host of names that are reportedly under deliberation and have the requisite credentials to be appointed to the top post in CBI. 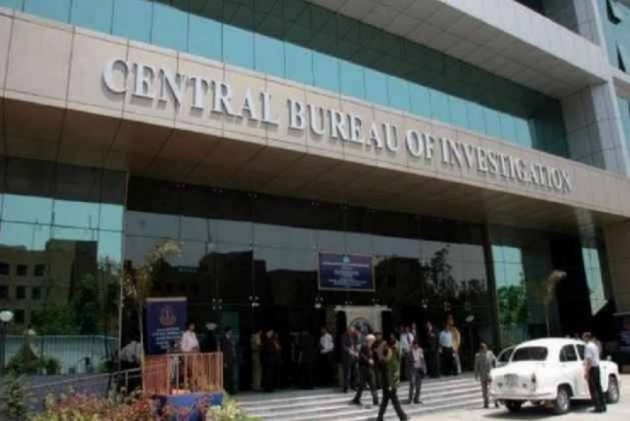 After Alok Verma's removal as CBI Director and subsequent transfer of Special Director Rakesh Asthana, the hunt for a new chief of country's foremost investigative agency is on and the Prime Minister Narendra Modi-led high-powered panel will meet on Thursday and discuss probable names for the coveted post.

Chief Justice of India Rajan Gogoi or his nominee and Congress leader in the Lok Sabha Mallikarjun Kharge will attend the committee's meeting.

There are a host of names that are reportedly under deliberation and have the requisite credentials to be appointed to the top post in CBI. Here is a list of the probable candidates whose name is likely to be discussed in the meeting:

What Led To Alok Verma's Removal: All You Need To Know

Yogesh Chander Modi, IPS, 1984-Batch
Director General, National Investigation Agency, Y C Modi, a 1984-batch IPS officer of Assam-Meghalaya cadre, is a favourite in the race to the top post in the CBI.

Y C Modi was part of the Supreme Court-appointed Special Investigation Team which probed the 2002 riots in Gujarat from 2010 to 2012. The SIT had cleared Narendra Modi who was then the chief minister of the state.

Y C Modi was also part of the CBI team that probed the murder of former Gujarat minister Haren Pandya and arrested 12 accused. But the evidence was rejected by the Gujarat High Court which acquitted all the accused, according to officials.

Rina Mitra, IPS, 1983-Batch
Special Secretary (Internal Security), Home Ministry, Rina Mitra of the 1983-batch is another contender. She served in the CBI for five years and had a long tenure in Madhya Pradesh state vigilance where she handled serious corruption cases. Mitra headed the Wildlife Crime Control Bureau, an organisation tasked to combat organized wildlife crime, in its early years, officials said, adding that if chosen, she would become the first woman chief of the CBI.

Javeed Ahmed, IPS, 1984 Batch
The current chief of National Institute of Criminology and Forensic Sciences Javeed Ahmed, a 1984-batch IPS officer of Uttar Pradesh cadre, has served the CBI for 13 years -- starting as an SP to DIG from 1994 to 2002 and as joint director from 2009-14, officials said.
He could not be promoted to post of Additional Director, CBI, as the then Home Secretary Anil Goswami had not cleared the empanelment file of the entire 1984-batch IPS officers till his term came to an end, officials said. Goswami was forced to resign for trying to stall the arrest of a former Union minister in a case, they said. Ahmed was posted as Uttar Pradesh DGP and he led many initiatives like Twitter outreach campaign, UP100 and special help line for women.

Arun Kumar, IPS, 1985-batch
Arun Kumar, a 1985-batch officer of the UP cadre, who led the first CBI team that probed the Aarushi case, is also in the race.
The report prepared by him indicting three servants of the Talwars in the Aarushi-Hemraj murder case was rejected by the then CBI chief Ashwani Kumar as he was not convinced by the evidence.

Rajesh Ranjan, IPS, 1984-batch
Director General of CISF Rajesh Ranjan, a 1984-batch Bihar cadre officer, has served in the agency for nearly five years and also in Interpol. He was never inducted into the CBI after 2011 as there were "vigilance issues", the officials said.

Rajni Kant Mishra, IPS, 1984-batch
BSF Director General Rajni Kant Mishra, a 1984-batch officer of Uttar Pradesh cadre is also being considered a frontrunner for the post of the CBI Director, they said. He is retiring in August 2019 and had served for nearly five years in the agency.

Rishi Raj Singh and Loknath Behera from Kerala cadre who have around 6 and 10 years' of experience in the CBI respectively. Both are from 1985-batch.

Also under consideration are J K Sharma and Parminder Rai from the 1982 batch -- the senior most but lacking experience in the CBI.

Rai, a Haryana-cadre officer who is set to retire on January 31, 2019, is Director General, State Vigilance Bureau, which makes him eligible for the post, the officials said.