Modi also proposed that a regional platform be created for collating, compiling, and studying the effectiveness of Covid-19 vaccines among the region's populations. 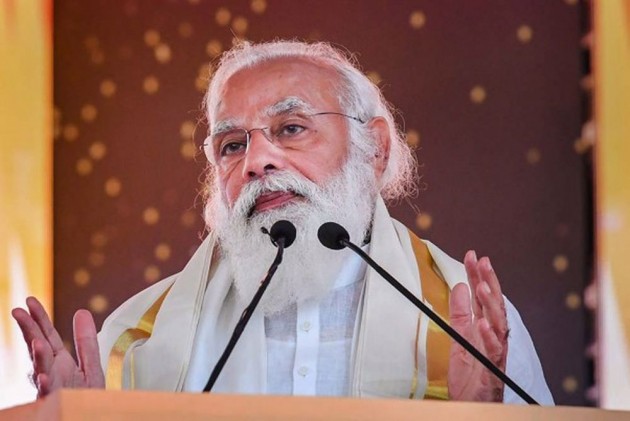 Prime Minister Narendra Modi on Thursday in a virtual meeting called for greater integration among South Asian and Indian Ocean island countries, saying the spirit of regional solidarity shown during the Covid-19 pandemic has proven such integration is possible.

While addressing a workshop on 'Covid-19 Management: Experience, Good Practices and Way Forward' with 10 neighbouring countries, including the extended neighbourhood, PM Modi said the spirit of collaboration is a valuable takeaway from this pandemic.

He said that if the 21st century is to be the Asian century, then it cannot happen without greater integration among South Asian and Indian Ocean island countries.

He pointed that the spirit of regional solidarity witnessed during the Covid-19 pandemic has shown that such a unification is possible. He added that the region managed to achieve one of the lowest Covid fatality rates in the world through openness and determination.

He stressed that given the dense population and experts concerns’ over the faster spread of the virus, the region has successfully managed to control the death rate due to the pandemic.

The prime minister lauded the region's coordinated response, recognition of the virus' threat, and commitment to fight together. “Many regions and groups followed our example”, he said.

The hopes of the region and the world are focussed now on rapid deployment of vaccines, and they should maintain the same collaborative spirit, Modi said in his brief address.

Health cooperation in the region has already achieved so much, the prime minister said, asking if the region now can raise its ambitions further.

Modi also made certain suggestions to foster the collaborative spirit to help each other.

He asked if a special visa scheme for doctors and nurses can be created so that they can travel quickly within the region during health emergencies.

Modi also proposed that a regional platform be created for collating, compiling, and studying the effectiveness of Covid-19 vaccines among the region's populations.

India's health schemes like Ayushman Bharat, an insurance scheme for the poor, can be taken up as a case study by other countries, he said.