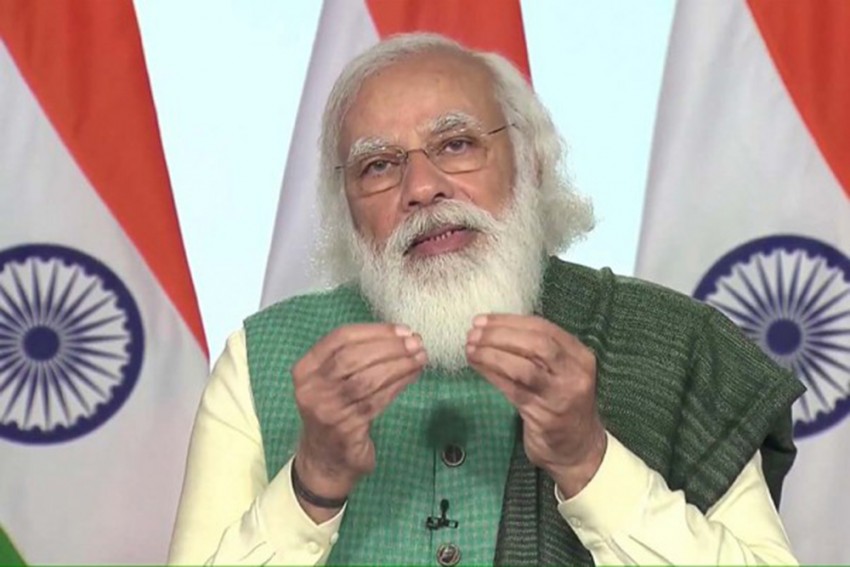 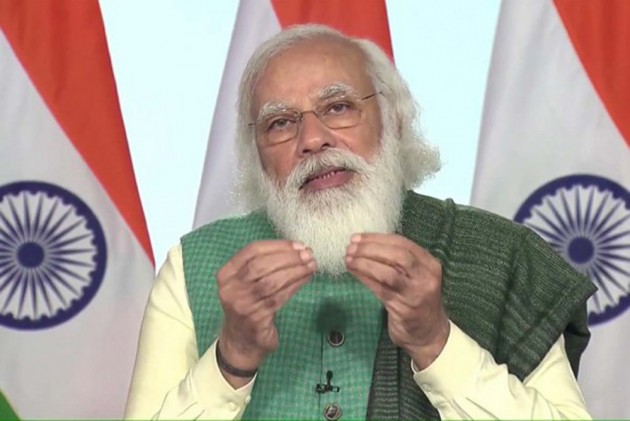 The prime minister was accompanied by Governor Jagdeep Dhankhar.

The prime minister was greeted with 'Jai Shri Ram' chants by people waiting outside Netaji Bhawan in the city’s Bhawanipore area. He was received at the entrance of the house by Sugato Bose and his brother Sumantro Bose, the freedom fighter's grandnephews.

Modi was shown the 'Wanderer' car, which Netaji used to escape from Kolkata to Gomoh, said Sugato Bose. The prime minister was also shown the bedrooms that once belonged to Netaji and his brother Sarat Chandra Bose.

Modi was also given a quick walkthrough of the museum, which houses the photographs of the Azad Hind Fauj. The prime minister was also shown the table used by Netaji in Singapore, Sugato Bose said.

Apart from the BJP, the TMC has also gone all out to mark Bose’s 125th birth anniversary. West Bengal CM Mamata Banerjee on Saturday kicked off mega procession in Kolkata to pay homage to the freedom fighter. The TMC supremo also urged the Centre to declare his birthday, i.e January 23 as a national holiday.

Speaking at a public event and in a thinly-veiled attack at the BJP, Mamata said, "We do not celebrate Netaji's birthday only in the years when elections are scheduled. We are celebrating his 125th birth anniversary in a grand fashion. Rabindranath Tagore described Netaji as Deshnayak. That is why we have decided to celebrate this day as Deshnayak Diwas.”

Meanwhile, Modi will deliver a valedictory address in an international seminar on Bose at the National Library in Kolkata later today, following which he will participate in a programme at the Victoria Memorial.