Union Minister Mukhtar Abbas Naqvi's remarks came amid statements issued by certain groups of people, including artistes, appealing to the artists to oust the Bharatiya Janata Party (BJP) from power in the ongoing Lok Sabha polls. 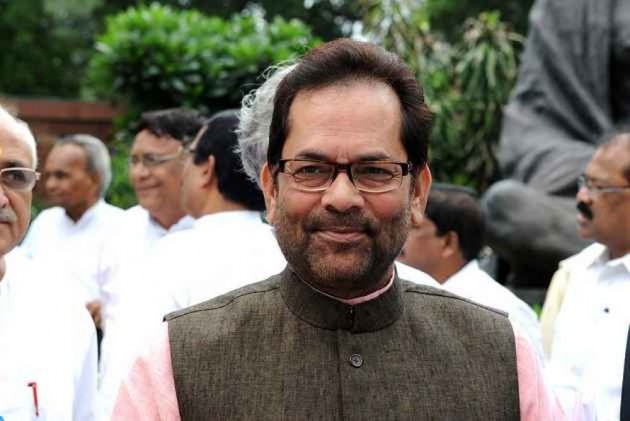 The remarks of the Union minister for minority affairs came amid statements issued by certain groups of people, including artistes, appealing to the artists to oust the Bharatiya Janata Party (BJP) from power in the ongoing Lok Sabha polls.

The saffron party has also rallied artistes and intellectuals in its support.

Talking to reporters, Naqvi said about five years ago also, some "so-called intellectuals" had written to the US and the European Union (EU) against Modi.

He further claimed that some Congress leaders had gone to Pakistan and sought help from the neighbouring country to remove Modi.

Naqvi said even after Modi led the BJP to power, some activists had written to the president, saying the Constitution was in danger and claiming that there was an atmosphere of intolerance in the country under the Modi government.

"Despite these conspiracies, people's faith in Modi has increased day by day. Despite this negative propaganda, Modi has carried forward the country's progress and prosperity through his hard work and performance," he added.