Sharma claimed that around Rs 6,000 crore were spent on his propaganda that included huge spending by PSUs in taking out advertisements of the Modi government. 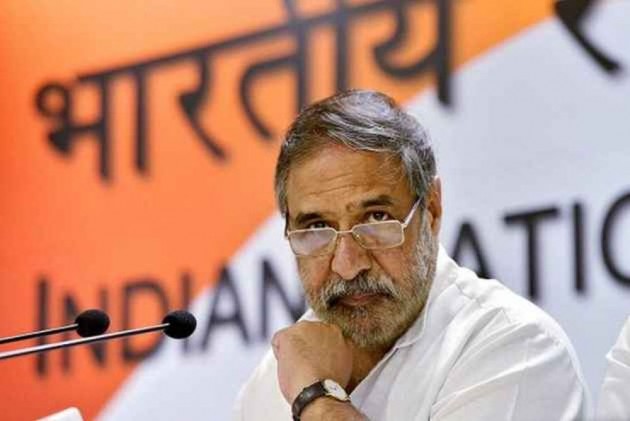 Sharma said Modi BJP's "principal propagandist" and accused him of misleading people through his "hollow and false" promises. He claimed Modi had brought the level of discourse in the country to "gutter level".

Raising objections to the prime minister spending public money at programmes where he attacks the opposition, the Congress leader called upon the Election Commission to take note of it.

"There are questions to be asked of this prime minister. We have strong objection to what he has said in the Pravasi Bhartiya Divas today. He has been misleading the people of India, but it was a shocking list of boastful claims typical of Shri Narendra Modi Ji," he told reporters.

Sharma claimed that around Rs 6,000 crore were spent on his propaganda that included huge spending by PSUs in taking out advertisements of the Modi government.

The Congress leader said if one went by Modi's claims, India came to be recognised only after he became the prime minister and thus there were questions to be asked from him.

"The prime minister is the principal propagandist of the BJP. He is travelling the country and using government resources and machinery, using public money to address his party meetings, to engage in political propaganda which is also abusing, berating the opposition party," he said.

Noting that Modi has a mindset which is "unhealthy" and "it is a matter of grave national concern", the former minister alleged his speeches were full of vitriol and he had "repeatedly undermined the dignity of his office".

"No PM has violated traditions and standards, ethical standards, which are expected of a prime minister. As PM (with) what he says, he has repeatedly undermined the dignity of his own office, but he is not concerned.

"He is the first prime minister in the history of the republic who is full of betrayal and ill-will towards his political opponents, particularly, the Congress, the principal opposition party," he said.

Sharma claimed Modi was the first prime minister who had the "dubious distinction of dragging the political discourse to a gutter level".

"If he is to be believed, then India was recognised as a space power only after he became prime minister. But the 'Chandrayaan' had left for the moon and 'Mangalyaan' was already on its way to Mars before he became the prime minster," he said.

"So, what do you do with this mindset? He is not giving an account of his betrayal, the false promises. He remains insensitive to the realities of the people of our country, their pain, much of which has been inflicted by reckless decisions," he said.

Taking a dig at the 'Make in India' programme, he said what should have been made in India is not being made in Delhi.

"His Make in India is a sham...What has he made in India? Rather, he ensured that what was to be made in India was not made in India -- the Rafale Fighter aircraft by the HAL through transfer of technology and the construction of big statue of the great freedom fighter and home minister Sardar Vallabh Bhai Patel," he alleged.

He further alleged that the prime minister and his party "are ideological descendants of non-participants of the freedom struggle and actually the collaborators of the British. Therefore, they are trying to appropriate an icon (Patel)".

The Congress leader claimed that under Modi, industrial production had fallen. He said the CMIE report stated 1.10 crore jobs were destroyed and public and private investments had fallen by 7 percentage points during his tenure. "I challenge him to deny or contradict me," Sharma said.

He also said the gross fixed capital formation, or the creation of new industrial capacities remained in the negative. "It will be a miracle if by the time Modi government departs, they leave the Indian merchandise exports where we left them in 2014," he said.

Sharma alleged the reality was that under Modi's watch, crony capitalism had flourished and public sector banks were wrecked as there were multiple frauds. He alleged that India was facing another challenge besides unemployment, agrarian distress and rising inequality.

"So this rising inequality, the yawning gap between the rich and the poor, was this the new India Narendra Modi was talking about," he asked.