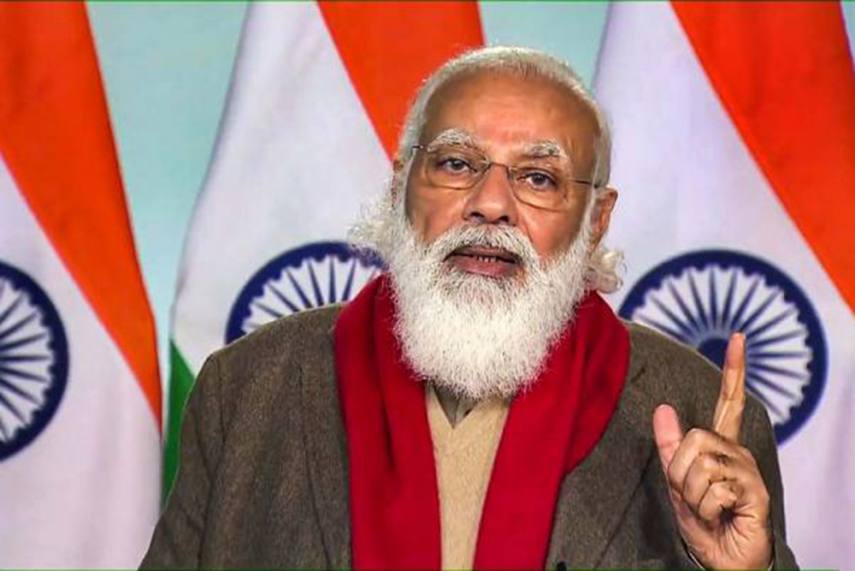 Prime Minister Narendra Modi on Monday highlighted the importance India attaches to its ties with Central Asian countries as part of its "extended neighbourhood" at a meeting with five foreign ministers from the region.

It is learnt that the situation in Afghanistan figured in the meeting that was also joined by Jaishankar and NSA Ajit Doval.

In the meeting, the prime minister underscored the potential of enhancing economic cooperation between India and Central Asia, and the role of connectivity in that regard, a statement from the Prime Minister's Office (PMO) said.

"The prime minister emphasised the importance that India attaches to its long-standing relations with Central Asian countries, which are part of its 'extended neighbourhood'," it said.

It said Modi underlined the importance of maintaining cultural and people-to-people contacts between India and Central Asia given the popularity of Indian films, music and yoga in the region.

The Central Asian foreign ministers conveyed the greetings of their presidents to Modi and emphasised the readiness of their leadership to further strengthen relations with India.

India has invited the presidents of the five countries to attend the upcoming Republic Day celebrations as chief guests.

In the meeting, the foreign ministers briefed the prime minister on the deliberations at the India-Central Asia dialogue that focused on trade and connectivity, development partnership and regional developments, including the situation in Afghanistan.

The statement said Modi conveyed his felicitations to the ministers on the 30th anniversary of their independence this year.

"He recalled his memorable visits to all Central Asian countries in 2015 and subsequently to Kazakhstan, Uzbekistan and Kyrgyz Republic," it said.

"The prime minister underlined the importance of maintaining cultural and people-to-people contacts between India and Central Asia, given the popularity of Indian films, music, yoga, etc. in the region," the statement said.

In the dialogue on Sunday, India and the Central Asian countries discussed a plethora of issues, including ways to further expand two-way cooperation and the situation in Afghanistan.

The foreign ministers called for immediate humanitarian aid to Afghan people, renewed demand for a "truly inclusive" government in Kabul and asserted that Afghan territory must not be used for sheltering, training, planning or financing terrorist activities.

The need for respecting the sovereignty and territorial integrity in rolling out connectivity projects, increasing the importance of the Chabahar Port for boosting regional trade, mutual recognition of vaccine certification and establishment of long-term ties between Central Asia and India were among a range of broad consensus that emerged from the dialogue.

The upswing in India's engagement with the region followed Prime Minister Modi's whirlwind tour of the five countries in July 2015 that resulted in the expansion of two-way ties in a range of areas.

The recent developments in Afghanistan reinforced the importance of the Central Asian countries with three of them -- Tajikistan, Turkmenistan and Uzbekistan -- sharing borders with the war-torn nation.

The national security advisors of all the five Central Asian countries attended an India-hosted regional dialogue on Afghanistan on November 10. The NSAs of Russia and Iran also participated in it.

The second meeting of the India-Central Asia dialogue was organised by India in October last year in digital format.