The exchange of pleasantries came over two weeks after Khan and Foreign Minister Shah Mehmood Qureshi wrote separate letters to their Indian counterparts, pushing for restarting the bilateral talks. 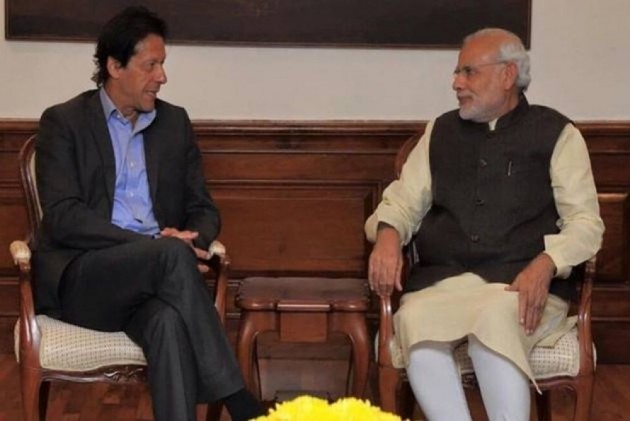 Modi exchanged usual pleasantries with Khan in the Leaders' Lounge at the venue of the Shanghai Cooperation Organisation (SCO) summit in Bishkek, they said.

It is also learnt that Khan congratulated Modi on his election victory during their first face-to-face interaction.

At SCO Summit, PM Modi Hits Out At Trade Protectionism

However, there was no meeting between the two leaders, sources said.

Both Modi and Khan were here to attend the annual summit of the SCO.

The exchange of pleasantries came over two weeks after Khan and Foreign Minister Shah Mehmood Qureshi wrote separate letters to their Indian counterparts, pushing for restarting the bilateral talks.

Khan had also made a telephone call to Modi on May 26 and expressed his desire to work together for the betterment of people of the two countries.

Following the phone call and letter by Khan to Prime Minister Modi after his re-election for a second term, there were speculation that both may have a meeting on the sidelines of the SCO summit in Bishkek.

Modi arrived here in the Kyrgyz capital on Thursday on a two-day visit to attend the annual summit of the SCO. He held bilateral meetings with Chinese President Xi Jinping, Russian President Vladimir Putin and Afghan President Ashraf Ghani.

He also held talks with Kyrgyz President Sooronbay Jeenbekov on Friday during a bilateral visit during which the two countries upgraded their relations to strategic partnership level.