The NCP chief further said he had assured the prime minister that his party won't oppose each and every policy of the Centre for the sake of opposition. 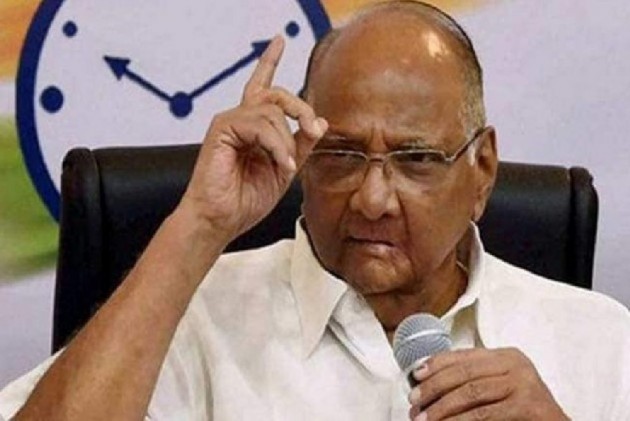 Prime Minister Narendra Modi had insisted that we work together because "we have similar opinions on some issues, but I refused," Nationalist Congress Party (NCP) chief Sharad Pawar said on Monday.

"Prime Minister Narendra Modi had insisted on working together with me, as on some issues we have similar opinions. But I refused his offer," Pawar told a regional news channel.

"Modi told me that my political experience would be helpful for him to run the government. We both share similar opinions on some national issues, hence he made the offer," Pawar said.

The NCP chief further said he had assured the prime minister that his party would not oppose each and every policy of the Centre for the sake of opposition.

"Despite sitting in opposite rows in Parliament, I will not oppose you for the sake of opposition. My cooperation will be there whenever needed," Pawar claimed to have told Modi.

Amid political uncertainty in Maharashtra, Pawar had met Modi in Delhi, ostensibly to discuss the issues of farmers, on November 20.

Days after Pawar met Modi, the NCP chief's nephew Ajit Pawar broke ranks with the party and joined hands with the BJP in Maharashtra claiming that he had the support of MLAs.

In a hush-hush development, Devendra Fadnavis took oath as chief minister on November 23 morning and Ajit Pawar as deputy CM.

However, the BJP-Ajit Pawar government collapsed on November 26, after Ajit resigned as the deputy CM citing "personal reasons".