Reaching out to the people of West Bengal during the state's biggest festival, he said though it was being celebrated on a limited scale because of the pandemic, the 'enthusiasm is still unlimited'. 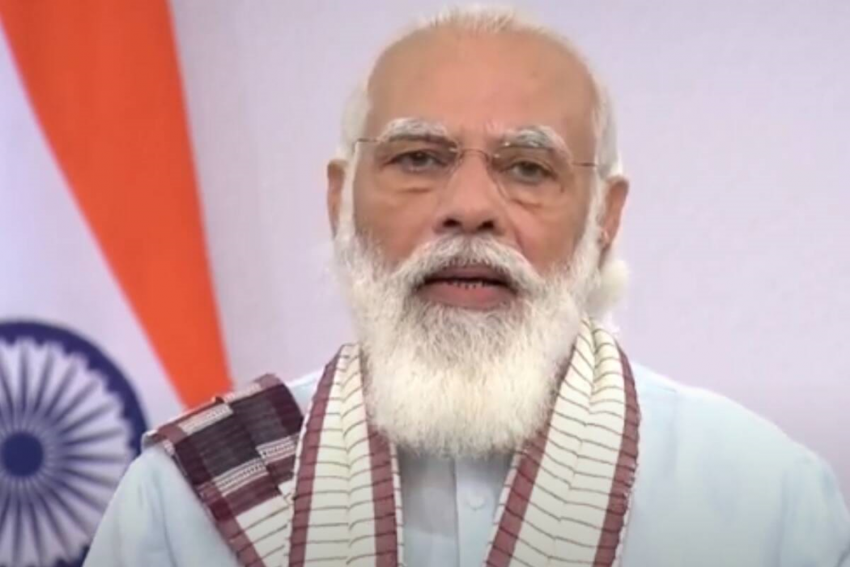 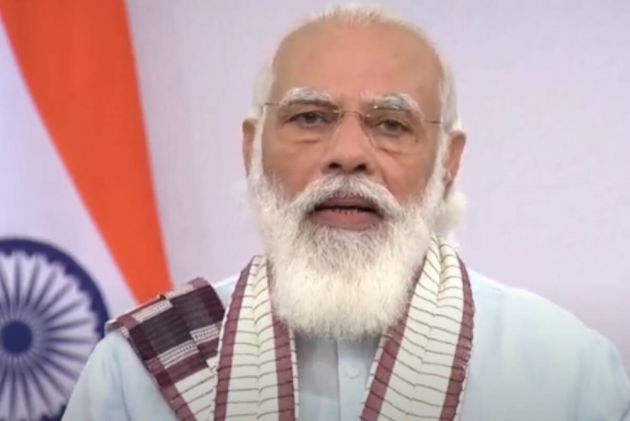 Addressing the people of West Bengal virtually on the occasion of Durga Puja,  he started his address by paying respects to Lokenath Baba, Rabindranath Thakur, Ishwar Chandra Vidyasagar, Netaji Subhas Chandra Bose, Rani Rashmoni, and many other Bengalis who made the country proud.

He added that the people of Bengal had always been intellectual and made the country proud and he had the utmost faith that they will continue to lead India to a brighter future. He also invoked ‘Sabka Saath, Sabka Vishwas’ and said that the country must conquer violence with non-violence.

Reaching out to the people of West Bengal during the state's biggest festival, he said though it was being celebrated on a limited scale due to the Covid-19 pandemic, the "enthusiasm is still unlimited".

"From opening Jan Dhan accounts for 22 crore women, giving soft loans to them under the Mudra Yojana, to launching Beti Bachao-Beti Padhao initiative, granting permanent commission to women in the armed forces and extending maternity leave from 12 to 26 weeks, we have taken a number of steps for their empowerment," he told a gathering at the Puja organised by the BJP.

PM Modi mentioned that the anti-rape laws were made more stringent to include death penalty. "We are alert towards the security of women," he said.

His remark came in the backdrop of a string of incidents of rape and murder of women, including the Hathras and Balrampur incidents that shocked the nation and triggered outrage against the BJP government in Uttar Pradesh.

The event was telecast live at over 78,000 polling booths across the state's 294 Assembly constituencies.

Assembly polls are likely in West Bengal around April-May next year.