Addressing the NITI Aayog meeting, PM Modi said that the initiatives taken by the government would provide an opportunity for everyone to participate in nation-building to its full potential. 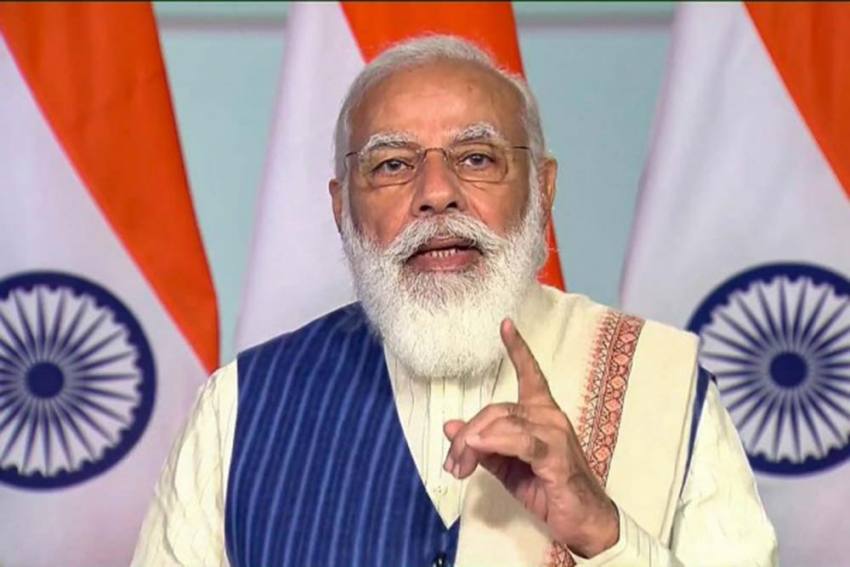 Chairing the sixth meeting of NITI Aayog’s Governing Council on Saturday, Prime Minister Narendra Modi said that the private sector should be given full opportunity to become a part of the government's Aatmanirbhar Bharat programme.

He made a strong case for repealing archaic laws and making it easier to do business in India stating that the centre and states need to work closely to boost economic growth.

"Centre and states should work together for the nation's progress... Government has to respect and give due representation to the private sector for economic progress," Modi said.

He said that the positive response to the Union Budget 2021-22 indicates that the country wants to move forward on the path of development at greater speed.

Modi said that the initiatives taken by the government would provide an opportunity for everyone to participate in nation-building to its full potential.

Referring to the farm sector, the Prime Minister said that efforts should be made to produce agricultural items like edible oil and reduce their imports.

"This can be done by guiding farmers," he said, adding the money being spend on imports can go to the accounts of farmers.

The Prime Minister also underlined the need for reducing the compliance burden on people and asked the states to form committees to reduce regulations that are no longer relevant in the wake of technology.

The Niti Aayog's governing council meets regularly. This is the first time the council saw the entry of Ladakh, Jammu and Kashmir as UTs.

Soumitra Bose / The decision to ease Virat Kohli out as ODI captain could have been more professionally handled.