Citing the Interim Budget, Chandrababu Naidu said that the central government has nothing in its bag for the state even in its last budget before the Lok Sabha polls. 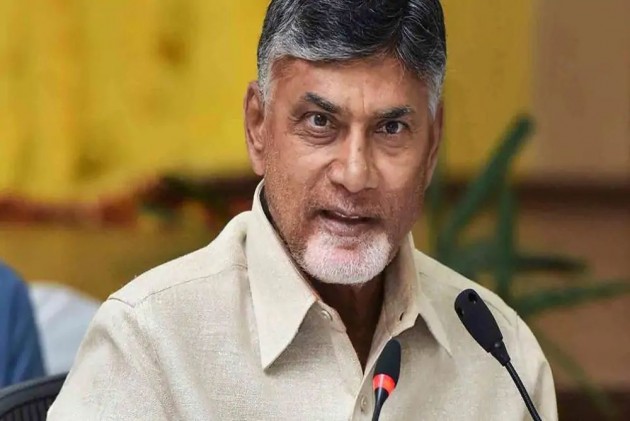 Andhra Pradesh Chief Minister N Chandrababu Naidu on Friday accused the BJP-led central government of "betraying" his state by failing to fulfil the assurances made during its bifurcation and said the Interim Budget had nothing on offer for the state.

Referring to the Union Budget, the Chief Minister said in the State Assembly there was "not one word" about Andhra Pradesh in the budget and alleged that the Centre was attempting to remove the state from the country's map.

"In the initial days, there at least used to be a reference to AP. In this budget, there is not a mention of Andhra Pradesh. Looks like they ultimately want to remove AP from the India map," Naidu said.

Accusing the Centre of discriminating against south India and not giving any berth in the Union Cabinet to at least one MP from the region, he asked if it was not part of the country.
When the two BJP MLAs P Vishnu Kumar Raju and Manikyala Rao protested, the Chief Minister said Sadananda Gowda (from Karnataka) was the sole face in the Central government.

The name of defence minister Nirmala Sitharaman, who is a Rajya Sabha MP from Karnataka, did not figure in Naidu's address.

He also wondered if making M Venkaiah Naidu the Vice-President was a "punishment or promotion" and alleged he was removed as Union Minister out of "anger." "Does anyone from the south have a post (in the Union Cabinet)? Poor Venkaiah Naidu used to be a minister. He used to go round the states. With anger, he was made Vice-President.

How jealous! If it is a punishment or promotion, God should know. Tell me one leader from the south. Is it not part of the country," Naidu asked. During the Congress rule, if the Prime  minister was from the north, a person from the south used to be made the President, he said.

"They used to be given a honourable position and respected. Even northeast.... There used to be Ananth Kumar, who unfortunately died. Now, there is only one (Sadananda Gowda) in the huge Cabinet," he pointed out.

He asked the BJP MLAs to count the number of portfolios allotted to South India. The Chief Minister addressed the House on the Andhra Pradesh Reorganisation Act, 2014 and the "broken promises" of  the BJP-led NDA government. When BJP floor leader P Vishnu Kumar Raju started reading out names of national institutions sanctioned to AP, though not promised in the Reorganisation Act, Naidu said "You have no right to be an elected (peoples) representative. Are you doing tamasha."

"What do you think of yourself? What can you people do? Put me in jail? Dont we have anguish," Naidu said. As the BJP leader sought to raise an objection, Naidu asked the MLA to "go to Delhi and raise your objection."

"Who wants your objection? We will not leave you till justice is done (to the state)," he said.

"Prime Minister says I have taken a U-turn. Mine is not a U-turn, I have taken the right turn," Naidu maintained, referring to his stand on the special category status issue and subsequent pulling out of the NDA.

He also accused Modi of trying to protect all economic offenders, including YSR congress chief.