Women in BJP Wary of Their Husbands Going Near PM Modi: Mayawati

Mounting a personal attack on Prime Minister Narendra Modi, the BSP supremo said that women leaders in BJP fear they may face the same fate as that of Modi's wife if their husbands get influenced by the prime minister 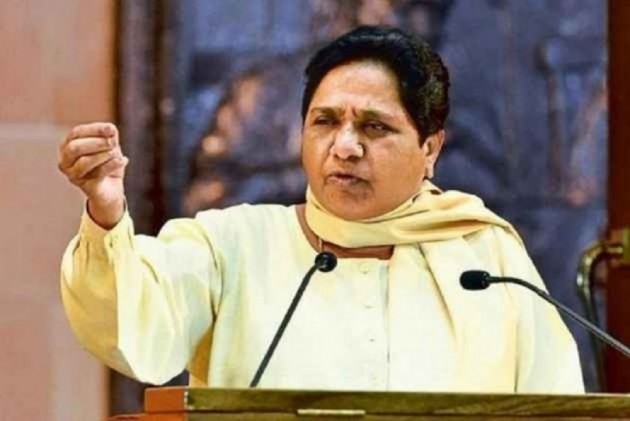 Bahujan Samaj Party (BSP) supremo Mayawati on Monday claimed that women leaders in the Bharatiya Janata Party (BJP) were living under the fear of being separated from their husbands if their husbands followed in the footsteps of Prime Minister Narendra Modi who has "abandoned" his wife.

Responding to Modi's "crocodile tears" jibe, Mayawati said that the prime minister was doing "filthy politics" over the Alwar gang rape, and underlined that her party would not fight shy of withdrawing support from the Congress-led government in Rajasthan if the victim is denied justice.

"I have come to know that in BJP, married women are worried when they see their husbands meeting Modi as they fear that Modi may separate them from their husbands, just the way he left his own wife. I appeal all women not to vote for Modi as this would be a real tribute to Modi's wife who was left in the lurch by her husband."

She said that Modi was initially silent on the Alwar gang rape issue and only spoke on it after she raked up the matter.

"The Prime Minister remained silent on the Alwar gang rape, however, after I spoke on the matter he started to do his filthy politics for political gains. He doesn't know how to respect the sisters and daughters of others as he has left his own wife for his vested political interests," she said.

The BSP chief also pointed out that the prime minister mostly remains silent on matters of atrocities against Dalits.

"In the case of Rohith Vemula, he never asked for resignation or clarification from his minister. He has also never offered his resignation or taken moral responsibility in any such cases of atrocities against Dalits."

She went on to say that soon after her party's alliance with the Samajwadi Party (SP) in Uttar Pradesh, Modi was never tired of calling her "Aadarniya Behen ji" (respected sister) and "Behen Kumari Mayawati ji" in order to lure me out of the alliance through his flattering words.

"When he saw that this was not going to work, he returned to his old ways of targeting me," she added.

Mayawati asserted that BSP may withdraw support from the Congress government in Rajasthan if appropriate action is not taken in connection with the Alwar gang-rape. "Our party is committed to getting justice for the victim. We may withdraw our support if appropriate and suitable action is not taken in the case. One must have no doubts about it," she said.

A woman was allegedly gang-raped by five men while her husband was beaten up in Thanagaji area of Alwar district in Rajasthan on April 26. A video of the incident was shot by the perpetrators, who threatened to make it public if the matter was reported. The couple reported the matter to Police much later on May 2.

Reacting to the BSP supremo's tirade against the prime minister, Union Finance Minister Arun Jaitley said that Mayawati was "unfit" for public life.

"Behan Mayawati - She is firm on becoming the prime minister. Her governance, ethics and discourse stoops to an all-time low. Her personal attack on prime minister (Narendra Modi) exposes her as unfit for public life," Jaitley tweeted.