PM Modi Meeting With BJP CMs: 'Give Priority To 'Ease Of Living' Of People'

At a meeting of BJP chief ministers and deputy CMs, PM Modi asked them to work on 'One District, One Product' as a means to boost economic opportunities and help India become 'aatmanirbhar'. 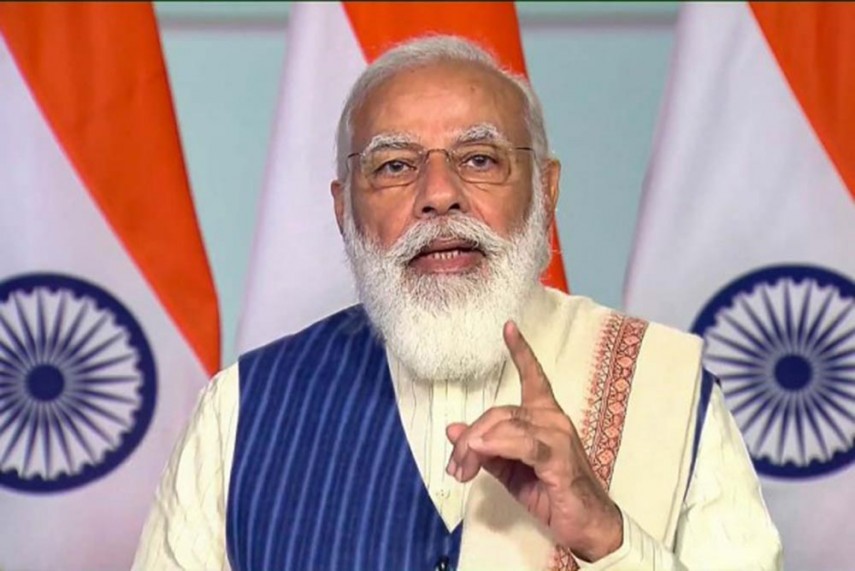 Prime Minister Narendra Modi on Tuesday asked BJP-ruled states to carve a niche for their governments in some or other sectors of governance and called for giving topmost priority to "ease of living" of people.

In his remarks at a meeting of BJP chief ministers and deputy chief ministers here, Modi asked them to work on "One District, One Product" as a means to boost economic opportunities and strengthen the quest for India to become "aatmanirbhar" (self-reliance), the party said.

Once this initiative gains currency in states, they must also look at exporting their products overseas and creating a global market for the products, he said, stressing the need for states besides the Centre to work for quality and brand creation for promoting exports of locally-produced goods, it added.

Highlighting the importance of technology in governance, the prime minister called for governance to be data driven to ensure last mile delivery, speed and transparency.

Underlining the importance of youth development and women empowerment as priority sectors for every government, he mentioned the need to strengthen nutrition campaign and fight the menace of malnutrition.

He called for popularising culture of sports and fitness among the youth.

In a tweet, Modi said, "Earlier today, continued the discussions with BJP CMs and Deputy CMs. They shared different good governance practices from their respective states."

The party said an extensive deliberation in the "Mukhyamantri Parishad" (chief ministers' conclave) was held. BJP president J P Nadda, chief ministers and deputy chief ministers belonging to the party and its other senior leaders attended the meeting which focussed on sharing good governance practices for the betterment of citizens.

They elaborated on innovative governance practices they have ushered in their states.

"Some of the key best practises that were discussed included Climate Resilient Infra projects, issuance of Family Identity Cards, Schemes for promotion of Natural Farming, Rural Livelihood Programmes with Self Help Groups at its centre among others," the party said.

In his opening remarks, Nadda lauded Modi's success as he completes two decades as head of a government, including 13 years as Gujarat chief minister.

The BJP president said the party and good governance have become "synonymous" and it is the only party that seeks popular mandate on the basis of its performance.

At the end of the meeting, Nadda along with all chief ministers and deputy chief ministers also visited Gobardhan Project of Varanasi Development Authority, Deendayal Upadhyay Smriti Sthal and Sarnath, the party said.