Modi said an action plan has been finalised to further expand strategic ties between the two partners. 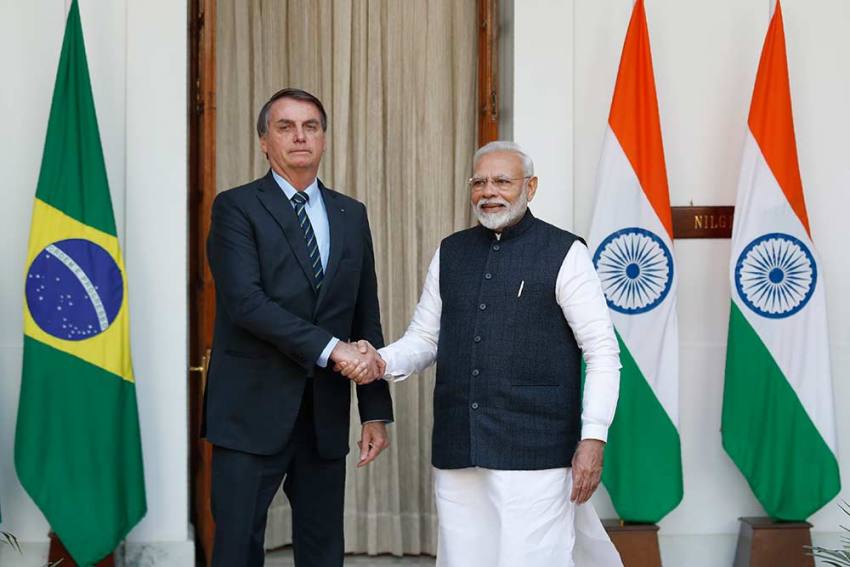 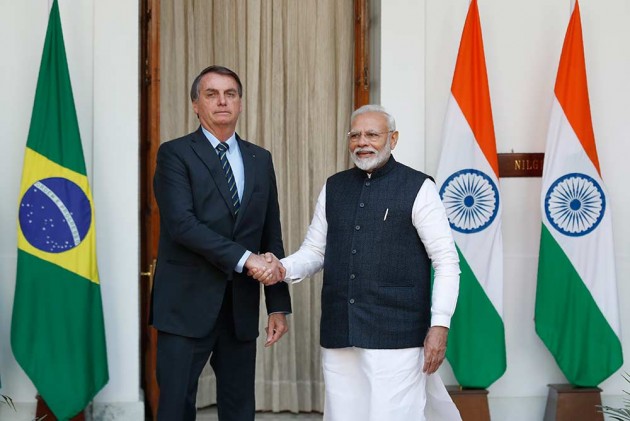 India and Brazil on Saturday inked 15 agreements to boost cooperation in a wide range of areas like trade and investment, oil and gas, cybersecurity and information technology after talks between Brazilian President Jair Messias Bolsonaro and Prime Minister Narendra Modi.

Modi said an action plan has been finalised to further expand strategic ties between the two partners.

"Your visit to India has opened a new chapter in bilateral ties between India and Brazil," Modi said in his media statement in presence of Bolsonaro.

Calling Brazil a valuable partner in India's economic growth, the prime minister also said both the countries are together on various global issues despite geographical distance.

On his part, Bolsonaro said the two countries have further consolidated already strong ties by signing 15 agreements providing for cooperation in a range of areas.

The Brazilian president will grace the Republic Day Parade as chief guest on Sunday.

India's ties with Brazil, the largest country in Latin America, have been on an upswing in the last few years. The country has a population of 210 million with USD 1.8 trillion economy