The prime minister's office is learnt to have sought the views of the Election Commission on the two-day official visit of Modi to Uttarakhand. 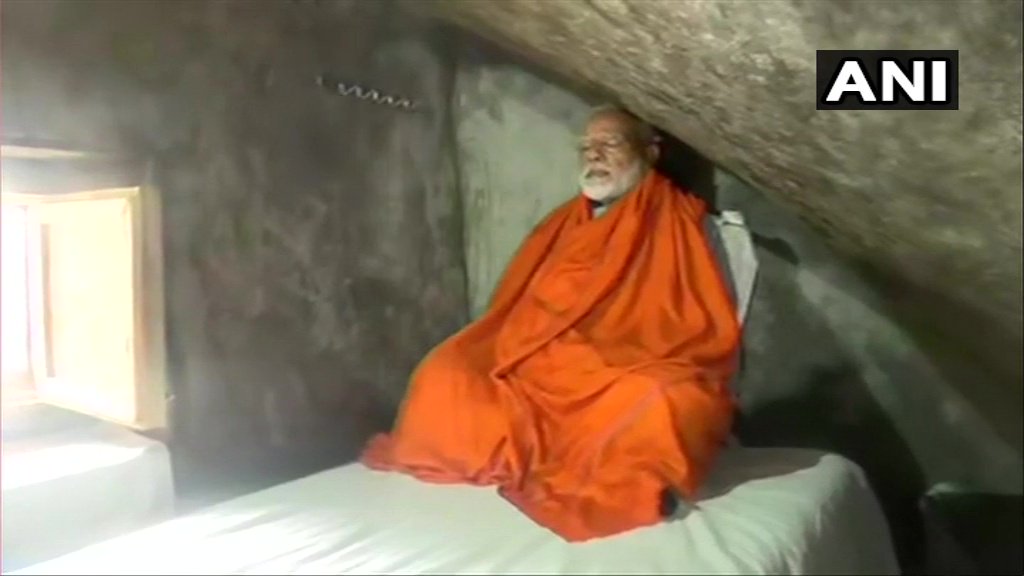 Five days ahead of the election results, Prime Minister Narendra Modi on Saturday morning offered prayers at the Kedarnath shrine nestled in Garhwal Himalayas of Uttarakhand.

Early in the day, Modi arrived at Dehradun's Jolly Grant airport and took a helicopter to Kedarnath.

Alighting from the chopper, he went straight to the holy shrine, where he offered special prayers to Lord Shiva. Other devotees were not allowed to enter the temple during this time. The temple opens to devotees at 4 a.m. every day.

Modi later took an all-terrain vehicle to go around and review the reconstruction work in Kedarnath, which was extensively damaged in the June 2013 deluge. Uttarakhand Chief Secretary Utpal Kumar Singh briefed him about the restoration work.

Later in the afternoon, Modi undertook a trecherous trek to spend some time meditating at a cave called 'Dhyan Kutia'.

The Prime Minister will spend the night at the 'Dhyan Kutia' in Kedarnath and will fly to Badrinath on Sunday. He would return to New Delhi later on Sunday.

Security has been tightened around both the shrines in view of the Prime Minister's visit, said Ashok Kumar, Director General (Law and Order).

This is Prime Minister's fourth visit to Kedarnath, which is perched up at a height of 11,657 feet and is surrounded by snow-clad peaks, in the past two years.

In 2017, he visited it once in May after its gate were opened following a six-month winter break and again in October, before the temple again closed for the winter. He last offered prayers at the temple on Diwali in November.