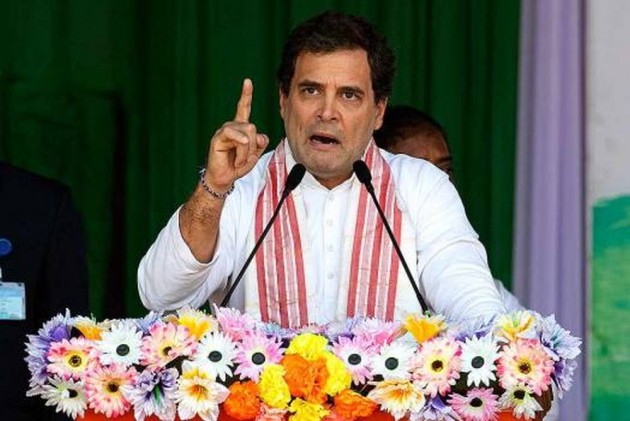 Congress leader Rahul Gandhi on Tuesday slammed Prime Minister Narendra Modi over the issues of economy and unemployment and said that the it is "shameful that economic growth has dropped since UPA was in power".

Gandhi was addressing a rally in Jaipur on Tuesday to highlight the issues of economic distress and unemployment.

Gandhi said that Prime Minister Narendra Modi "couldn't understand GST" yet he rolled it out.

He also highlighted the issue of unemployment to take potshots at PM Modi. He said PM Modi had promised to "create two crore jobs" but instead "one crore people lost their jobs last year".

He termed the youth as "India's biggest asset" but said that the current dispensation was "wasting this asset.'

He said that the Modi-led government has tarnished India's image as country of peace, thus putting off investors.