The two leaders have been at daggers drawn, especially over the Citizenship Amendment Act and NRC. 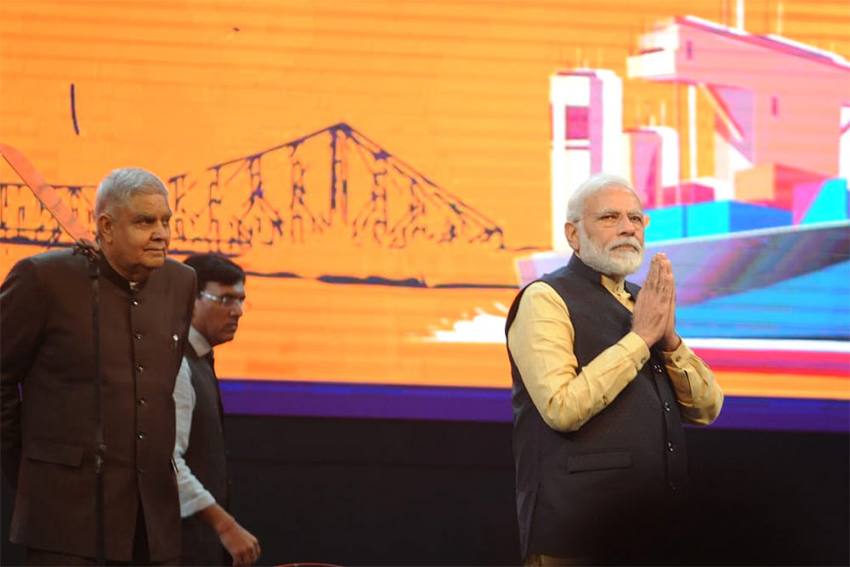 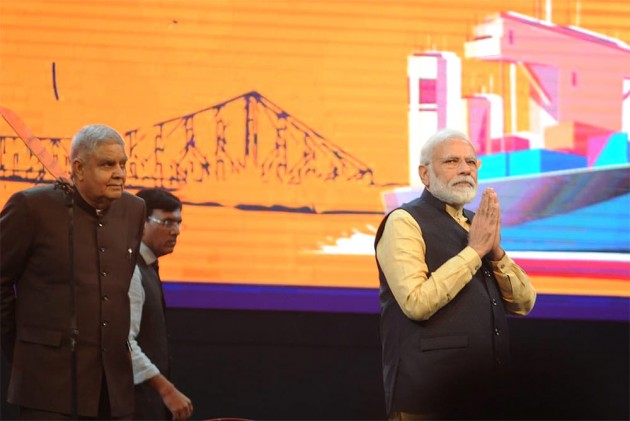 Mukherjee, an Indian politician and barrister, who served as the Minister for Industry and Supply in Prime Minister Jawaharlal Nehru's cabinet. He was the founder of Bharatiya jana Sangh, which later became the Bharatiya Janata Party (BJP).

Modi made the name-changing announcement while addressing a gathering at Netaji Indoor Stadium here on the occasion of the 150th anniversary celebrations of Kolkata Port Trust.

The West Bengal CM skipped the event of the 150th-anniversary celebrations of the Kolkata Port Trust, which was inaugurated by Prime Minister Narendra Modi.

Taking a dig at the absent CM, Modi said the state government was not keen on implementing central schemes as it does not benefit "syndicates".

As soon as the West Bengal government gives its approval for Centre's Ayushman Bharat Yojana and PM Kisan Samman Nidhi; people here will start receiving benefits of these schemes," he added.

After attending the unveiling of dynamic architectural illumination of Howrah Bridge by the Prime Minister, Banerjee on Saturday said that she attended the event "due to constitutional obligation".

Modi had inaugurated the dynamic architectural illumination with synchronised light and sound system of Howrah Bridge, as a part of the 150th-anniversary celebrations of the Kolkata Port Trust.

During her one-on-one meeting with Modi, Banerjee had demanded that both the Citizenship Amendment Act (CAA) and National Register of Citizens (NCR) should be withdrawn.

After the meeting, she went straight to a TMC sit-in protest against the newly enacted law that grants citizenship to non-Muslim religious minorities coming to India from Pakistan, Bangladesh and Afghanistan.