The PM also reviewed eight projects having a cumulative cost of Rs 1.26 lakh crore and spanned over 14 states. 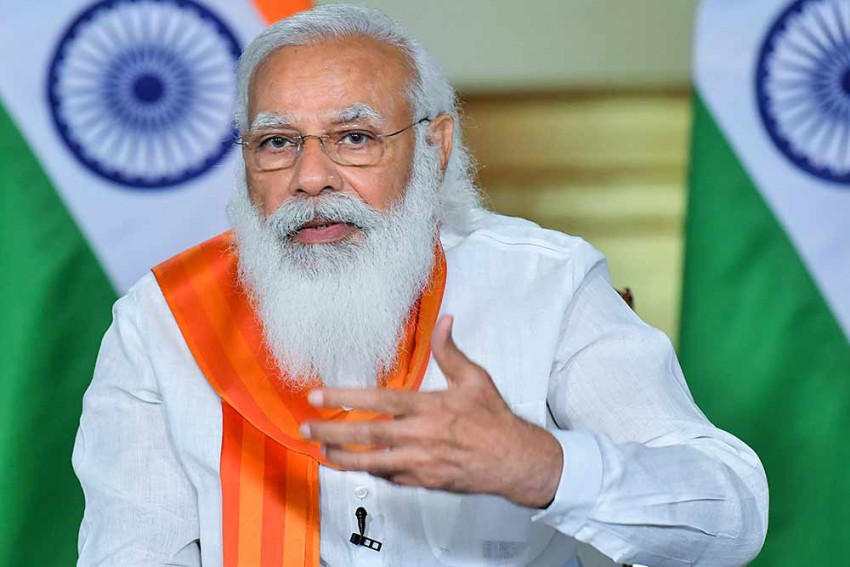 Chairing the 37th PRAGATI meeting, the PM also reviewed eight projects having a cumulative cost of Rs 1.26 lakh crore and spanned over 14 states.

While reviewing the ONORC scheme, he asked officials to explore the multiple utilities of the technological platform developed under the programme to ensure the provision of a wide array of benefits to the citizens, the PMO said.

Commenting on the projects, Modi stressed on the significance of their timely completion.

PRAGATI is the acronym for the ICT-based multi-modal platform for Pro-Active Governance and Timely Implementation, involving the Centre and state governments.

The states covered under them are Uttar Pradesh, Madhya Pradesh,

"The prime minister also directed the state officials to keep monitoring the construction of oxygen plants and availability of hospital beds," it said, adding that in the previous 36 PRAGATI meetings, 292 projects having a total cost of Rs 13.78 lakh crore have been reviewed.