PM Modi Security Breach Case: What Did SC Say? All That Happened In 10 Points 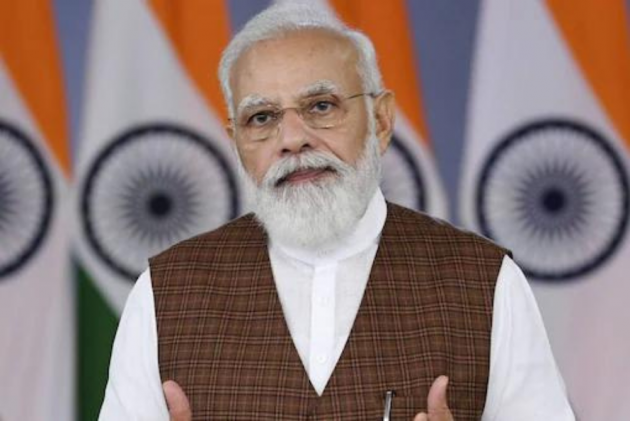 Days after an alleged "security breach" resulted in Prime Minister Narendra Modi's convoy getting stalled for over 20 minutes on a Punjab flyover, the Supreme Court on Friday sought records of the PM's security arrangements during his recent visit to the poll-bound state. A bench headed by Chief Justice NV Ramana asked the Punjab and Haryana High Court to secure and preserve "forthwith" all documents related to the PM's security and directed Punjab police to cooperate with the handover of all necessary documents.

On Wednesday, PM Modi's convoy was allegedly stopped by protesting farmers en route to a rally in Ferozepur. After being trapped on the highway for nearly 20 minutes, the PM decided to turn back and left Punjab without attending any events. A politician; slugfest has since broken out between the BJP and Punjab's ruling party Congress with the former accusing Punjab Police and administration of being negligent with the PM's security arrangements.

PM Modi Security Breach | What Is The SPG Act?

Here's all that has happened in the case so far in 10 points:

1. A petition on the breach in PM's security, filed by Bijan Kumar Singh, as sought preservation of evidence on security arrangements and action against “erring” officials of Punjab government responsible for the alleged lapse.

2. In his petition, Singh, who is the vice president of 'Lawyer’s Voice', termed the Punjab fiasco a “premeditated conspiracy to breach the security of the prime minister and bring national security in jeopardy”.

3. Responding to the plea, the CJI Ramana Ramana directed the Registrar General of the Punjab and Haryana High Court to “forthwith” secure the records pertaining to security arrangements from the state government, its police and central agencies.

4. The bench has also asked the counsel representing Punjab and the central governments to ask the committees set up by them separately to probe the lapses during the visit of the prime minister to “hold their hands till Monday” when it will hear the plea next.

5. The court order held that "keeping in view that it pertained to the security of the prime minister and other issues... as first step, we deem it appropriate to direct Registrar General of Punjab and Haryana High Court to secure records forthwith".

6. The bench, which also included justices Surya Kant and Hima Kohli, further directed the Punjab government, its police authorities and other Central and state agencies to cooperate and provide the entire relevant records immediately to the Registrar General.

7. The case is scheduled to be heard again on January 10.

8. In his plea, Bijan Kumar Singh has sought direction to the district judge, Bhatinda to collect “all official documents and materials from all possible sources” pertaining to the movements and deployment of Punjab Police in connection with the visit.

9. The plea has also sought a direction to the Union Home Ministry to initiate departmental action against the state chief secretary and the Director-General of Police. Meanwhile, members of the BJP have demanded the resignation of Punjab Home Minister Surkjinder Singh Randhawa.

10. Meanwhile, a central team probing the incident reached Ferozepur on Wednesday to carry out investigations while the government said that it had submitted a report to the Centre and set up a two-member panel to probe the incident. An FIR has also been lodged in the case.

What happened in Punjab?

PM Modi was in poll-bound Punjab on Wednesday to attend a number of events including a rally at Ferozepur. Modi was supposed to fly from Bathinda to Ferozepur in a helicopter. But due to inclement weather, the PM decided to reach Ferozepur by land. However, en route to the Hussainiwala Memorial where the PM was set to make an appearance, Modi's convoy was stopped at a flyover due to protesters holding a dharna ahead. According to reports, protesters were just 8-10 km from where the convoy was trapped. The latter remained stuck for about 20 minutes before deciding to turn back. BJP leaders have since accused the police of being lax and blamed their negligence for the security breach.