The Prime Minister's convoy was blocked en route to a rally in Ferozepur in Punjab on Wednesday, leading to accusations of negligence against Punjab Police and the Charanjit Singh Channi government. 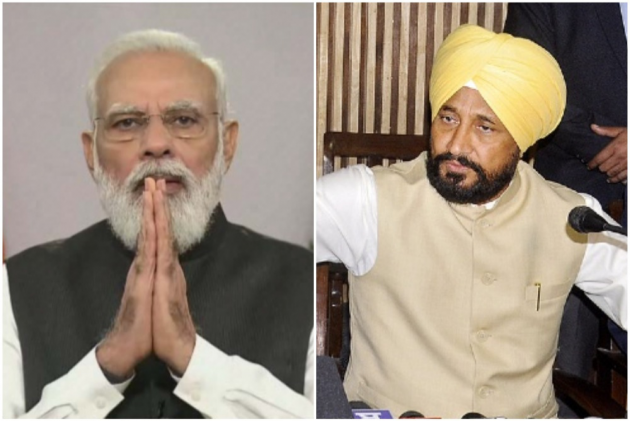 The politics of Punjab has heated up with the cancellation of Prime Minister Narendra Modi's visit to Punjab on Wednesday due to a major lapse in security arrangements. Slamming the Charanjit Singh Channi led Congress's government, BJP while making it an election issue, has accused the Congress of failing to provide a protected environment for the Prime Minister's rally. Shiromani Akali Dal and Aam Aadmi Party have raised questions on the law and order situation of Punjab.

BJP leaders from Punjab alleged that the state police was directed not to allow party workers to reach the Prime Minister's Ferozepur rally. On Wednesday, PM Modi landed in Bathinda, Punjab, where he had to take the road to Hussainiwala in Ferozepur due to bad weather. Modi was stuck on a flyover en route for 15-20 minutes due to a blockade by some protesting farmers, an incident described by the Union Home Ministry as a "big lapse" in his security. The PM was supposed to address a rally in Ferozepur, which was cancelled after the incident.

Meanwhile, a party delegation led by BJP state president Ashwani Sharma met the Punjab Governor on Thursday regarding the incident. Sharma said that a large number of buses and other vehicles carrying BJP workers and others were stopped by the protesters at 21 places before reaching the rally venue. "There is no democracy left in Punjab," he said. Buses and other vehicles carrying BJP workers were stopped at Ferozepur, Kathunangal, Harike, Kotkapura and Talwandi.

According to the leader,  3,485 buses and 5,000 other vehicles carrying workers from different parts were reaching for the programme. Sharma alleged that the police colluded with the protesters to stop the movement of BJP workers for the rally. The Punjab BJP chief said that the law and order in Punjab has completely collapsed, and added that his party has demanded that responsibility should be fixed for serious lapses and those found guilty should be held accountable. Sharma said, “It is unprecedented in the history of the state and perhaps in the history of the country that the Prime Minister was stuck on the road for about 15 to 20 minutes as the anti-social elements were duly supported and encouraged by the Punjab government led by Charanjit Channi.

He alleged that the state government had compromised the security of the country's prime minister, putting his life at grave risk. "We cannot rule out any deeper conspiracy and it needs to be investigated in the tiniest detail," he said.

While calling the incident a threat to the law and order situation of Punjab, Shiromani Akali Dal (SAD) president Sukhbir Singh Badal said it was at least expected that the Congress government would provide a smooth and safe environment to the Prime Minister during his visit to the state. Its failure to do so has made it clear that it is incapable of ensuring the safety of the common man as well as the peace in the State.

The SAD President said that the “major security lapse which occurred en route Prime Minister Narendra Modi’s visit to Hussainiwala makes it clear that there is no government whatsoever in the state. The infighting in the Punjab Congress has made the chief minister totally ineffective and the situation has become such that there is no clear command over the law and order machinery. Badal added that “the politicization of the once professional police force under the Congress party is responsible for the current state of affairs”.

Reacting to the security lapse, Aam Aadmi Party's Punjab President and MP Bhagwant Mann blamed the Congress government in Punjab for the incident, "The responsibility of the security of every single person in Punjab lies with the Punjab government. Irrespective of political differences, the lapse in the security of the Prime Minister is very worrying." Mann questioned the security arrangements of the Punjab government and said that when the government knew that the Prime Minister's rally was being opposed, why were adequate security arrangements not made on that route? Mann alleged that the state Home Minister is facing the allegation of transfer-posting of police officers for bribes and the DGP is about to change for the third time in three months.