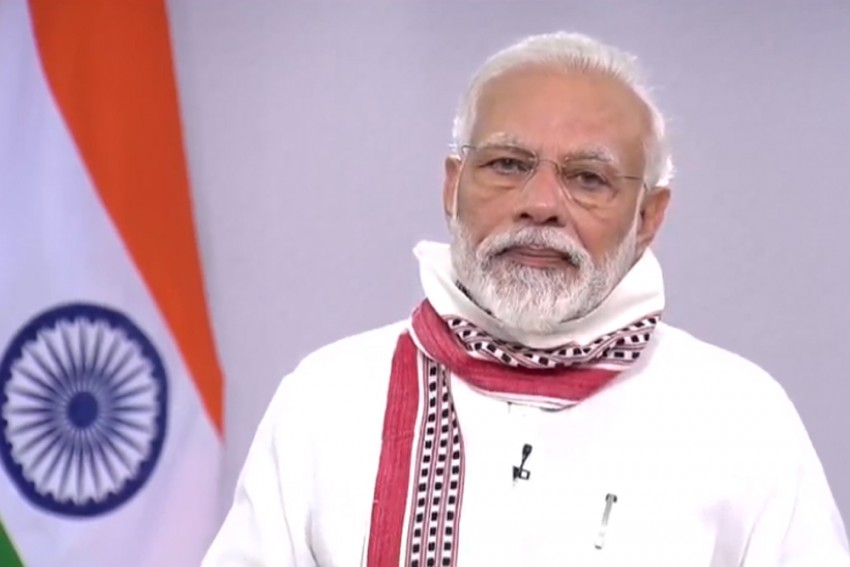 Prime Minister Narendra Modi on Tuesday slammed those who engage in "selective interpretation" of human rights and look at its violation with an eye on political loss and gains, saying such conduct is harmful to these rights as well as democracy.

Speaking at the 28th foundation day of the National Human Rights Commission (NHRC), Modi said similar incidents are seen differently by some people as they describe human rights keeping their own interests in mind.

Some even try to dent the country's image in the name of human rights violation, and people should beware of them, he said.

Though Modi did not name any person or organization, the ruling BJP has been critical of a section of human rights groups, including those with a global presence like Amnesty International, for highlighting cases of alleged human rights violations selectively and in a one-sided manner to target the government.

In his speech, the prime minister cited a number of measures taken by his government to deliver basic needs like toilets, cooking gas, electricity and homes to the poor and said this gives rise to their aspirations and makes them more aware of their rights.

He said by making a law against 'triple talaq', his government has bestowed new rights on Muslim women.

The prime minister also spoke of the measures like 26-week maternity leave and a more stringent law for rape to highlight his dispensation's empowerment of women.

The home minister said a government with absolute majority was formed at the Centre for the first time in a long period in 2014 and since then it has been doing welfare work for the poor and deprived sections.

He said that after the Narendra Modi government came to power, 10 crore families were given toilets, thereby protecting the human rights of the women, girls and all others.

Chairperson of the NHRC and retired Justice Arun Mishra said it had become the "norm" to accuse India of human rights violations, spurred by international forces.

The commission was set up under the Protection of Human Rights Act, 1993, on October 12, 1993, for the promotion and protection of human rights.

The NHRC takes cognisance of human rights violations, conducts enquiries and recommends compensation to victims from public authorities besides other remedial and legal measures against the erring public servants.

Modi said freedom struggle and India's history are a big source of inspiration and values for human rights.