The state authorities have advised Chardham pilgrims not to proceed to the Himalayan temples till the weather improves. 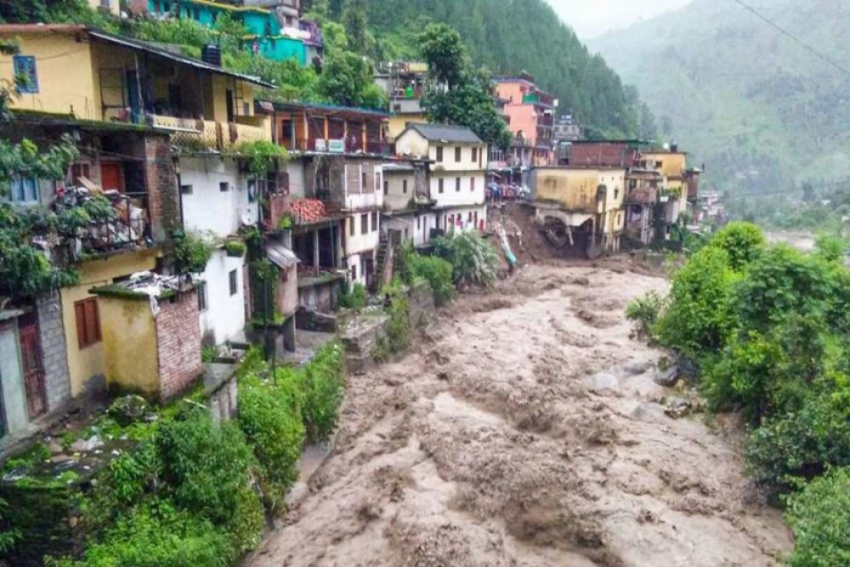 Five people, including three labourers from Nepal, were killed and two others were injured in rain-related incidents in Uttarakhand on Monday.

State authorities have advised Chardham pilgrims not to proceed to the Himalayan temples till the weather improves.

The labourers were staying in a tent at Samkhal near Lansdowne in Pauri district when rubble flowing down from a field above due to the rains buried them alive, District Magistrate Vijay Kumar Jogdande said.

They were engaged in the construction of a hotel at Samkhal. Two labourers injured in the incident were admitted at the Kotdwar base hospital, he said.

In another incident, two people were killed when their house collapsed, following a landslide in Selkhola in Champawat district, the State Emergency Operation Centre here said.

Chardham pilgrims, who had arrived in Haridwar and Rishikesh by Sunday, have been asked not to proceed further till the weather improves while operation of vehicles for the Himalayan temples has been suspended temporarily.

Passenger vehicles are not being allowed to cross the Chandrabhaga bridge, Tapovan, Lakshman Jhoola and Muni-ki-Reti Bhadrakali barriers in Rishikesh.

He appealed to the pilgrims to defer their further journey for two days until the weather normalises.

Meanwhile, Union Home Minister Amit Shah spoke to Dhami on the phone to get an update on precautionary steps being taken by the state government in view of the heavy rain alert and assured him of all possible help.

It has been raining in Kedarnath since Sunday night but the Mandakini river is flowing at its normal level. A Devasthanam Board official said regular prayers at the four Himalayan temples are continuing and pilgrims staying there are safe.

Kedarnath and Badrinath-bound pilgrims have also been requested not to proceed on their journey till the weather clears. Most of the pilgrims on way to Badrinath are staying in Joshimath and Chamoli, Chamoli district disaster management officer N K Joshi said.

Around 4,000 yatris out of a total of 6,000 in Kedarnath on Sunday have returned, while the remaining 2,000 are staying in safe locations.

Many of them have been stopped in Linchauli and Bhimbali as a precautionary measure, Rudraprayag disaster management officer N S Singh said.

The Chardham Devasthanam Board said the yatra has been temporarily halted for the sake of safety of pilgrims in view of the heavy rain alert issued by the Uttarakhand meteorological department for October 17-19.

The peaks beyond Badrinath and Kedarnath received light snowfall, whereas the lower areas in Chamoli district were lashed by continuous showers. Rain continued in Uttarkashi and Dehradun as well.

Two days of incessant rains coupled with heavy snowfall in the upper reaches led to a sharp fall in temperatures across the state.

Yamunotri highway remained blocked by landslide debris at Kisala and Kharadi for hours before being restored in the afternoon.

The Badrinath national highway in Chamoli district was also blocked at several points.

Dhami has asked the district administrations to provide hourly updates on the weather and the condition of roads. He also asked them to keep a minimum response time in case of a disaster.

All schools across Uttarakhand from class 1 to 12 remained closed on Monday, while a ban was imposed on trekking, mountaineering and camping activities in the high altitude areas of the state, including the Nanda Devi biosphere reserve and various forest divisions, till Tuesday as a precautionary measure.

The district-level Khel Mahakumbh events to be held at parade and pavilion grounds in Dehradun on October 18-19 have been cancelled. They have now been rescheduled for October 24 and 25.

Heavy to very heavy rains, lightning, hail storms and high speed winds (60-70 kmph) have been forecast by the Meteorological Department (MeT) for all 13 districts of Uttarakhand between October 17 and 19.