Prime Minister Narendra Modi is expected to pitch for a united global approach in dealing with Afghanistan situation, climate change and combating Covid-19. 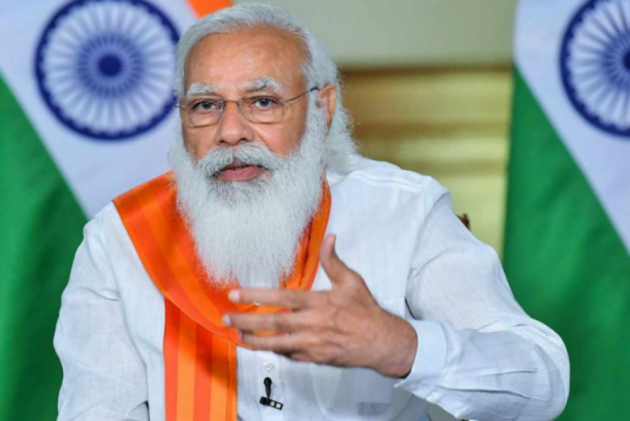 The people familiar with the development said that Modi is expected to pitch for a united global approach in dealing with the situation in Afghanistan and combating challenges of climate change and the coronavirus pandemic at the summit.

Modi will be travelling to Rome and Glasgow from October 29 to November 2 to attend the 16th G-20 Summit and the World Leaders' Summit of COP-26 respectively, the Ministry of External Affairs (MEA) said.

It said Modi will be participating in the 16th G-20 Summit in Rome from October 30-31 at the invitation of Italian Prime Minister Mario Draghi. Italy has been holding the presidency of the G-20 since December last year.

The forum has met every year since 1999 and includes, since 2008, a yearly summit, with the participation of the respective heads of state and government.

The MEA said India is scheduled to host the G-20 summit in 2023 for the first time.

The Rome summit will be attended by heads of state and government of G-20 member countries, the European Union, and other invited countries and several international organisations.

The G-20 leaders are expected to deliberate on a number of key challenges such as recovering from the coronavirus pandemic, addressing climate change and overcoming poverty and inequality in various parts of the world.

The situation in Afghanistan is expected to figure prominently at the summit, said one of the people cited above.

Prime Minister Modi is likely to present India's perspective to combat the key challenges facing the globe and is expected to call for a united approach to the situation in Afghanistan as well to deal with the pandemic and climate change, they said.

It will be the eighth G-20 summit Modi would be attending. The G-20 has emerged as the premier global forum for international economic cooperation.

The forthcoming summit will be centred around the theme 'People, Planet, Prosperity', focussing on areas of recovery from the pandemic and strengthening of global health governance.

It will also focus on economic recovery and resilience, climate change and energy transition, and sustainable development and food security, the MEA said in a statement.

The prime minister will also hold several bilateral meetings, including with Draghi.

From Rome, Modi will travel to Glasgow to attend the World Leader's summit of the 26th Conference of Parties (COP-26) to the United Nations Framework Convention on Climate Change (UNFCCC), the MEA said.

The prime minister is attending the climate summit at the invitation of his British counterpart Boris Johnson.

The COP-26 is being held from October 31 to November 12 under the presidency of the UK which is partnering with Italy for the event.

The MEA said the high-level segment of COP-26, titled the World Leaders' Summit (WLS), will be held on November 1 to 2. The summit will be attended by heads of state and government of more than 120 countries.

"The UNFCCC embodies the global will and vision to combat climate change. The periodic Conference of Parties to this Convention have emerged as global climate summits, providing an opportunity for stocktaking and for charting the way forward," the MEA said.

The prime minister last attended the COP-21 in Paris in 2015, when the Paris Agreement was concluded, and whose implementation commences this year.

"At COP-26, the parties will work to achieve the completion of Paris Agreement implementation guidelines; the mobilisation of climate finance; actions to strengthen climate adaptation, technology development and transfer; and keeping in reach the Paris Agreement goals of limiting the rise in global temperatures," it said.

The MEA said Modi will hold numerous bilateral meetings on the sidelines of COP-26, including with Johnson.

The COP-26 summit is being billed as one of the biggest ever congregations of world leaders and experts in combating climate change.

"We are perhaps the only G-20 country to have fulfilled our NDCs and outperformed them," Shringla said in a virtual address at the India Global Forum.
(With PTI inputs)