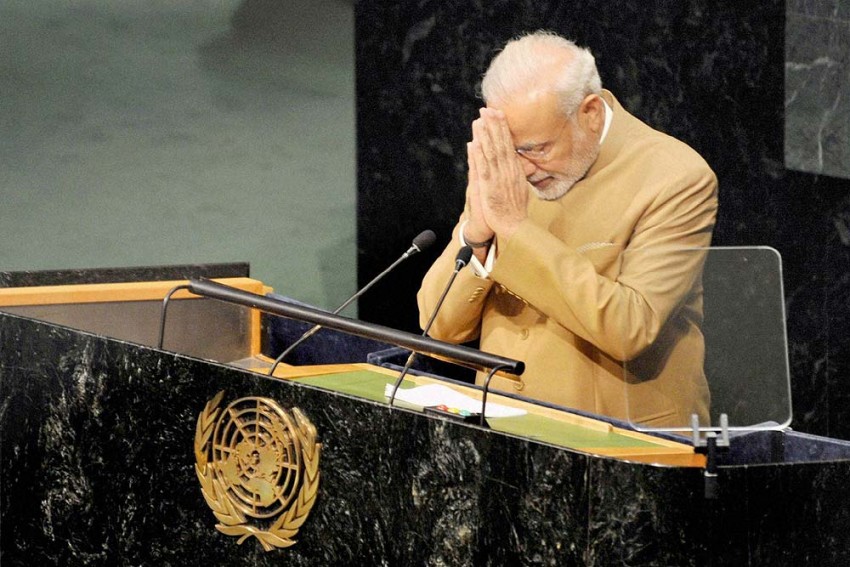 Prime Minister Narendra Modi will be chairing a high-level open debate on “Enhancing Maritime Security A Case for International Cooperation” on Monday via video conferencing. US Secretary of state Anthony Blinken will also joined the United Nations Security Council meeting led by Modi. He will be the first Indian Prime Minister to preside over a UN Security Council Open Debate.

PM Modi is chairing a high-level open debate on "Enhancing Maritime Security – A Case for International Cooperation" on Monday via video conferencing.

The Prime Minister’s Office said on Sunday the meeting is expected to be attended by several heads of state and government of member states of the United Nations Security Council (UNSC), and high-level briefers from the UN system and key regional organisations.

"Modi would be the first Indian prime minister to preside over a UN Security Council Open Debate," the Prime Minister's Office said.

The open debate will focus on ways to effectively counter maritime crime and insecurity, and strengthen coordination in the maritime domain.

The UN Security Council has discussed and passed resolutions on different aspects of maritime security and maritime crime, the PMO noted.

However, this will be the first time that maritime security will be discussed in a holistic manner as an exclusive agenda item in such a high level open debate, it added.

"Given that no country alone can address the diverse aspects of maritime security, it is important to consider this subject in a holistic manner in the United Nations Security Council. A comprehensive approach to maritime security should protect and support legitimate maritime activities, while countering traditional and non-traditional threats in the maritime domain," it said.

The oceans have played an important part in India's history right from the time of the Indus Valley civilisation, it noted, adding that based on the country's civilisational ethos that see the seas as an enabler of shared peace and prosperity, Modi had put forward the vision of SAGAR - an acronym for "Security and Growth for all in the Region" in 2015.

This vision focuses on cooperative measures for sustainable use of the oceans, and provides a framework for a safe, secure, and stable maritime domain in the region.

In 2019, at the East Asia Summit, this initiative was further elaborated through the Indo-Pacific Oceans' Initiative (IPOI) with a focus on seven pillars of maritime security including Maritime Ecology; Maritime Resources; Capacity Building and Resource Sharing; Disaster Risk Reduction and Management; Science, Technology and Academic Cooperation; and Trade Connectivity and Maritime Transport, it said.