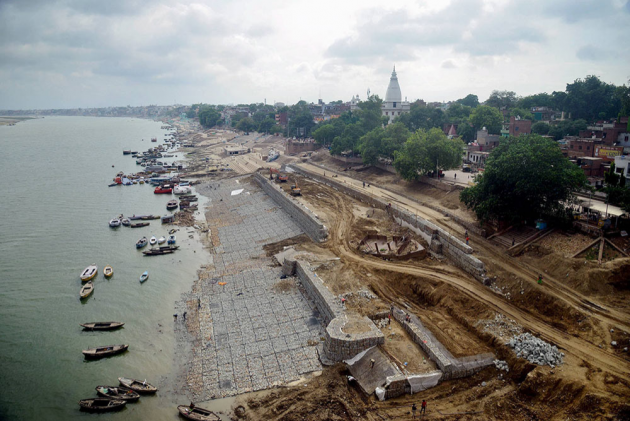 The Kashi Vishwanath Corridor Project in Uttar Pradesh’s Varanasi is set to be inaugurated by Prime Minister Narendra Modi this month, officials said on Thursday.

Officials said the project has been completed in a time-bound manner.

Varanasi divisional commissioner Deepak Agarwal said the project has been “built over a sprawling area of 5,000 hectares, the corridor has decongested the temple complex, which was earlier surrounded by buildings on three sides”.

He added that the corridor will connect Kashi Vishwanath Temple (KVT) with Ganga river.

He said when the project was conceptualised it was considered an impossible thing considering the dense structure of the temple premises.

However, he said with the organised and dedicated efforts of both the Centre and the state government, the entire process is being completed in record time with utmost transparency.

The demolition of buildings around the temple led to the recovery of at least 40 very ancient temples.

“Centuries-old ancient temples, earlier hidden, are now visible, they will be preserved and will be opened to the public,” he said.

He said now with a direct link between the temple and the Ganga river, while one can reach the temple premises within minutes.

The architect of the project, Bimal Patel said no tampering has been done with the original structure of the temple.

“We worked to fulfil the PM's vision of reorganizing the temple premises to restore its grandeur,”Patel added.

Modi had laid the foundation of the corridor in March 2019. Over 300 buildings were purchased and demolished to create the space for the project. The Uttar Pradesh government constituted the board to expedite the work on it. Chief minister Yogi Adityanath has been continuously monitoring the project himself.

Officials said the idea is to preserve existing heritage structures, provide new facilities in the temple complex in the public-private partnership mode, ease the traffic and movement of people around the temple and connect the temple with Ghats with direct visibility.

Hundreds of small temples have been made a part of the corridor.

They said the project will ensure crowd management and emergency operational procedures, while enabling better experiences around the religious rituals.