Modi will also perform the ground-breaking ceremony for the building, which is expected to be completed by 2022 at an estimated cost of Rs 971 crore. 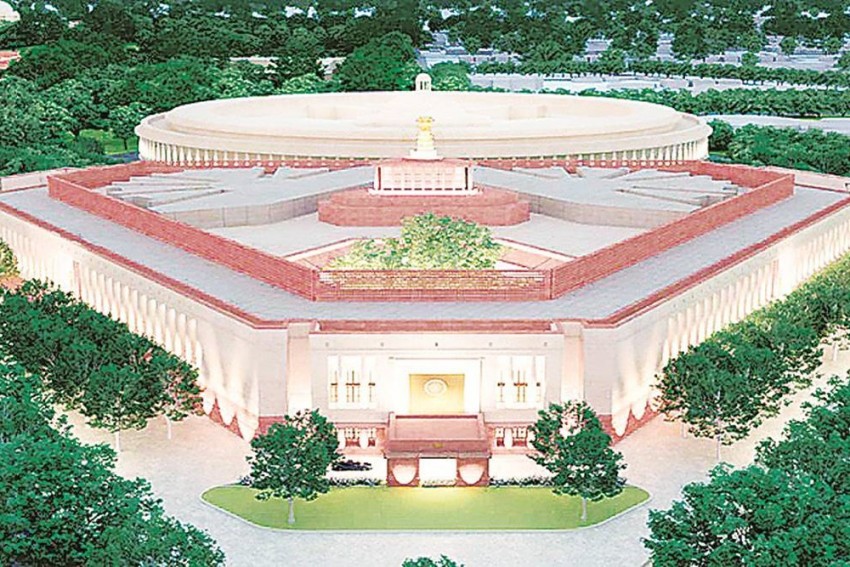 Prime Minister Narendra Modi will lay the foundation stone of a new Parliament building on today at an event that will be attended by leaders from various political parties, cabinet ministers and ambassadors of various countries.

Modi will also perform the ground-breaking ceremony for the building, which is expected to be completed by 2022 at an estimated cost of Rs 971 crore.

Some chief ministers and governors will also attend the event virtually.

Lok Sabha Speaker Birla had earlier said, "The existing temple of democracy is completing 100 years... It is a matter of pride for our countrymen that the new one will be built by our own people as a prime example of Aatmanirbhar Bharat."

"The new building will showcase the cultural diversity of the country. Hopefully, in the 75th year of Independence (2022), Parliament session will be held in the new building," he said.

The existing Parliament building will be conserved as it is an archaeological asset of the country, Birla said.

The existing building is a British-era structure, designed by Edwin Lutyens and Herbert Baker who were responsible for planning and construction of New Delhi.

The foundation stone of the existing Parliament House was laid on February 12, 1921 and the construction took six years and cost Rs 83 lakh at that time. The opening ceremony was performed on January 18, 1927 by the then Governor-General of India, Lord Irwin.

The new building will have an area of 64,500 square metres.

At present, Lok Sabha has a sanctioned strength of 543 members and Rajya Sabha 245.

In September this year, Tata Projects Limited won the bid to construct the new Parliament building. The new building will be constructed close to the existing one under the Central Vista redevelopment project.

The existing building is a massive circular edifice of 560 feet in diameter. The Parliament House Estate is enclosed by an ornamental red sandstone wall or iron grills with iron gates that can be closed when occasions demand. The building has twelve gates.

Lowest Covid Deaths In Delhi Since November 1; Effect Of Pandemic On Decline