Prime Minister Narendra Modi will also hold a series of important bilateral meetings, including with Chinese President Xi Jinping and Russian President Vladimir Putin on the sidelines of the summit 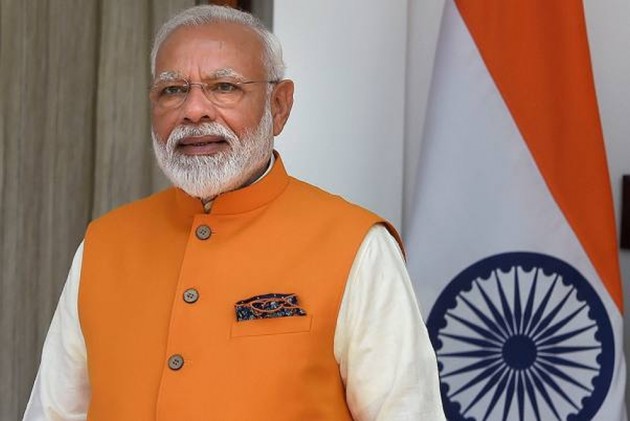 Prime Minister Narendra Modi is expected to pitch for strong and decisive action to deal with terrorism when he addresses a summit of the Shanghai Cooperation Organisation in Bishkek on Friday.

Modi, who will be on a two-day visit to the Kyrgyz capital from Thursday, will also hold a series of important bilateral meetings, including with Chinese President Xi Jinping and Russian President Vladimir Putin on the sidelines of the summit, Secretary(West) in the External Affairs Ministry A Gitesh Sarma said.

This will be Modi's first participation at a multilateral forum after coming back to power following huge mandate in the Lok Sabha polls last month.

Modi will not fly over Pakistan on his way to Bishkek on Thursday as was reported earlier, the External Affairs Ministry said on Wednesday.

Instead, the Ministry said, Modi's aircraft will fly over Oman, Iran and several Central Asian countries to reach the Kyrgyz capital.

"The government of India had explored two options for the route to be taken by the VVIP aircraft to Bishkek. A decision has now been taken that the VVIP aircraft will fly via Oman, Iran and Central Asian countries on the way to Bishkek," MEA spokesperson Raveesh Kumar said on Wednesday.

Modi at the Shanghai Cooperation Organisation

Modi is expected to pitch for strong and decisive action to deal with terrorism, an official said.

While briefing reporters on Modi's visit to Bishkek, Sarma said India will flag concerns about terrorism but unlikely to talk about any specific country when asked whether the PM will raise Pakistan's support to terror groups.

He is also expected to emphasise on the need for enhancing connectivity among the members of the grouping to boost overall growth.

Sarma said dealing with the growing challenge of terrorism, enhancing security and defence cooperation among SCO countries and boosting connectivity in the region are expected to be key focus areas of the summit.

He said India is also keen on deepening its security-related cooperation with the SCO and its Regional Anti-Terrorism Structure (RATS) which specifically deals with issues relating to security and defence. It will also take part in a military exercise of the bloc which will include other member-states, including Pakistan.

The official said there may be discussions on situation in Afghanistan at the summit.

"The leaders participating in the summit are expected to focus their discussions on the global security situation, multilateral economic cooperation, people-to-people exchanges and also on topical issues of international and regional importance," Sarma said.

Besides Putin and Xi, Modi may have other bilateral engagements as a number of requests are being processed by the government, he added.

There will be a bilateral segment to Modi's visit to Bishkek as he will hold wide-ranging talks with Kyrgyz leadership on ways to further deepen overall ties in diverse sectors.

India was an observer at the SCO since 2005 and has generally participated in the ministerial-level meetings of the grouping which focus mainly on security and economic cooperation in the Eurasian region.

India has been strongly pushing for connectivity projects like the Chabahar port project and International North-South Transport Corridor to gain access to resource-rich central Asian countries.

India and Pakistan became full members of the China-dominated grouping in 2017.