Prime Minister Modi led his Bharatiya Janata Party to a landmark victory for a second five-year term in office, winning 302 seats in the 543-member Lok Sabha. 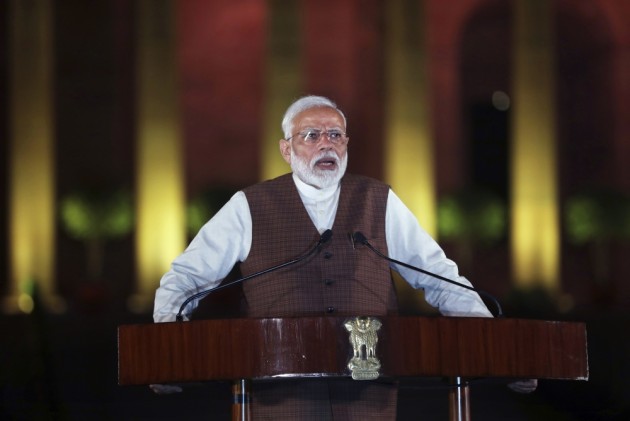 President Ram Nath Kovind will administer the Oath of Office and Secrecy to Prime Minister Narendra Modi and other members of the Union Council of Ministers on May 30 at 7 p.m. at Rashtrapati Bhavan, an official communique on Sunday said.

The President will administer the oath of office and secrecy to the Prime Minister and other members of the Union Council of Ministers at 7 pm on May 30, 2019, at Rashrapati Bhavan

Riding on muscular nationalism and a strident anti-Congress plank, Prime Minister Modi on Thursday led his Bharatiya Janata Party (BJP) to a landmark victory for a second five-year term in office, winning 302 seats in the 543-member Lok Sabha.

This will be the first time when a non-Congress party has managed to secure a majority on its own for the second consecutive term after Indira Gandhi had won in 1971. Earlier, Jawaharlal Nehru had performed that feat.