The prime minister will address a rally in Bodo-dominated Kokrajhar town of Assam. 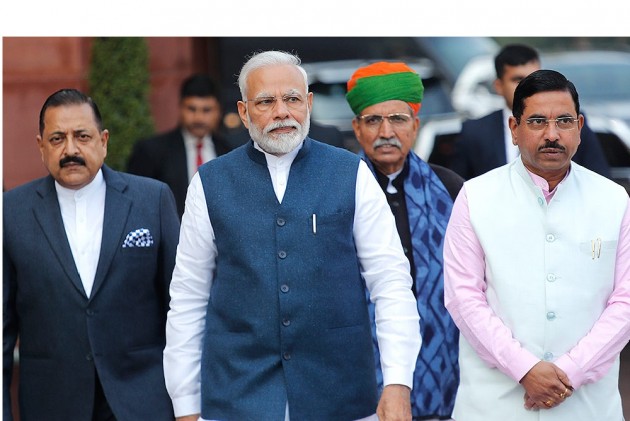 Prime Minister Narendra Modi will address a rally in Bodo-dominated Kokrajhar town of Assam on February 7 in his  first visit to the Northeast since it witnessed several anti-Citizenship (Amendment) Act protests.

According to government officials, the prime minister will visit Assam on February 7 to address the rally in the state where three people have been killed during anti-CAA protests.

The visit comes a week after the central government signed a peace pact with several Bodo militant groups and a student body.

The signing of the Bodo agreement led to surrender of over 1,500 militants of the major insurgent group National Democratic Front of Boroland.

A summit meeting between Modi and his Japanese counterpart Shinzo Abe, scheduled to be held in Guwahati in December, was also cancelled due to the anti-CAA protests.

Modi was also invited for the inauguration of the recently-concluded 'Khelo India' games in Guwahati but he did not attend it.