The prime minister visited Bhutan, France, the UAE, Bahrain, Russia, the US, Saudi Arabia, Thailand and Brazil in the said period, according to the data. 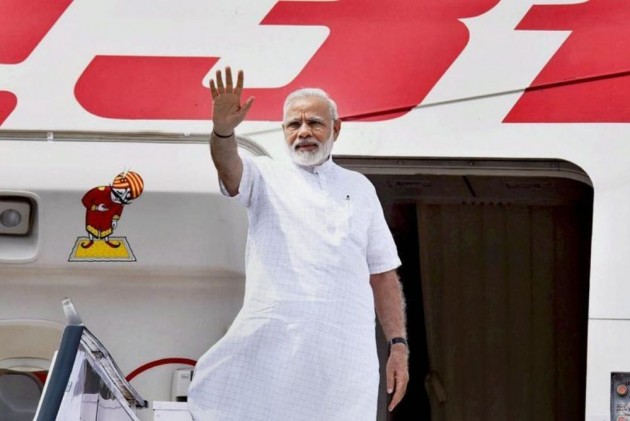 Replying to a written question in the Lok Sabha, Union Minister of State for External Affairs V Muraleedharan gave out details of the foreign tours of the president, vice president, prime minister, external affairs minister and himself.

Modi undertook seven foreign trips from August till November and visited nine countries, according to the data presented by Muraleedharan.

The prime minister visited Bhutan, France, the UAE, Bahrain, Russia, the US, Saudi Arabia, Thailand and Brazil in the said period, according to the data.

Also, an expenditure of over Rs 255 crore was incurred on chartered flights during Prime Minister Narendra Modi's foreign engagements in the past three years, Rajya Sabha was told.

The prime minister, as part of his US visit (September 21-27), took part in the event at the invitation of the organisers and addressed a gathering of members of the Indian-American community and many of their elected representatives, the minister said.

"Government of India did not enter into any partnership with the Texas India Forum nor did it provide funding for this event," he added.