The prime minister said he is happy to share that the water levels at the Sardar Sarovar Dam have touched a historic 134-meter mark. 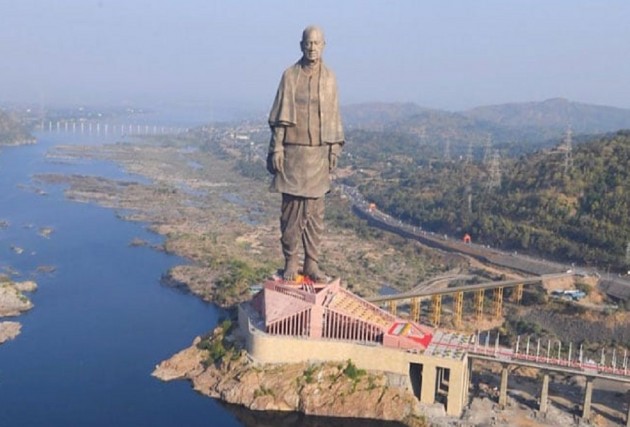 Sharing its pictures, Prime Minister Narendra Modi on Wednesday urged people to visit the Sardar Sarovar Dam in Gujarat and hoped that those visiting the super structure will also go to the Statue of Unity.

The prime minister said he is happy to share that the water levels at the Sardar Sarovar Dam have touched a historic 134-meter mark.

"Sharing some pictures of the breathtaking view, with the hope that you will go visit this iconic place and see the Statue of Unity," he said in a tweet.

He also pointed out that the Statue of Unity has found a place in the Time 100 greatest places 2019 list.

"...  few days back, a record 34,000 people visited the site in a single day. Glad that it is emerging as a popular tourist spot," he said in another tweet.

The 182-meter tall Statue of Unity is a statue of Sardar Vallabhbhai Patel.