‘Deepotsav’ is being celebrated every year on Diwali in UP’s Ayodhya following Yogi Adityanath led BJP government came into power in the state. 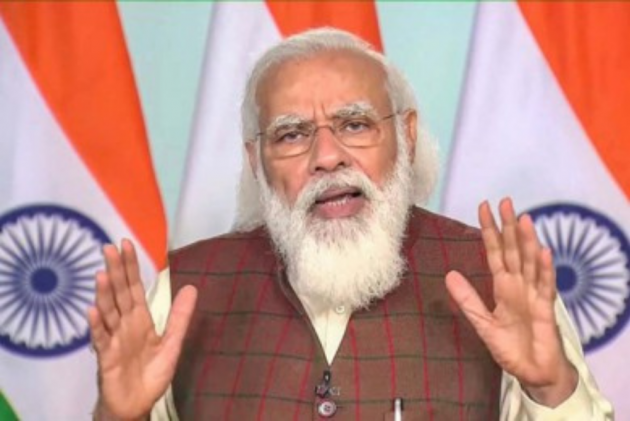 "I am giving you a task. There are nine lakh beneficiaries of the PMAY in Uttar Pradesh. If in every house two diyas are lit, 18 lakh diyas will be lit on Diwali, while in Ayodhya there is a plan to light 7.5 lakh diyas. It will make Lord Ram happy," said Modi.

This will be the fifth Deepotsav in Ayodhya and the district administration has started making preparations for the mega event.

In 2019, a record 4,10,000 diyas were lit in Ayodhya and in 2020, during the fourth Deepotsav, the district administration bettered the Guinness world record by lighting 6,06,569 earthen lamps at the Ram Ki Paidi ghat as well as a few other ghats.

This year, the Adityanath government is planning to break its earlier record.

Modi said that his government has given property rights of houses under the PMAY to women as till now everything used to be in the name of husband or son.

There has to be a balance in a healthy society, considering which this decision was taken by his government, Modi said.

The prime minister said that before 2014 there was no policy determining the size of the house.

"In some places, the houses are built on 15 sq mt and at other places they are on 17 sq mt land. Our government decided that no house will be constructed in less than 22 sq mt area. We increased the land size and also started transferring money directly to beneficiaries' accounts," he said. (With PTI inputs)