Images of PM Modi inspecting the ongoing work at the new Parliament building, a part of the controversial Centra Vista project which has faced stiff criticism from the opposition, went viral. 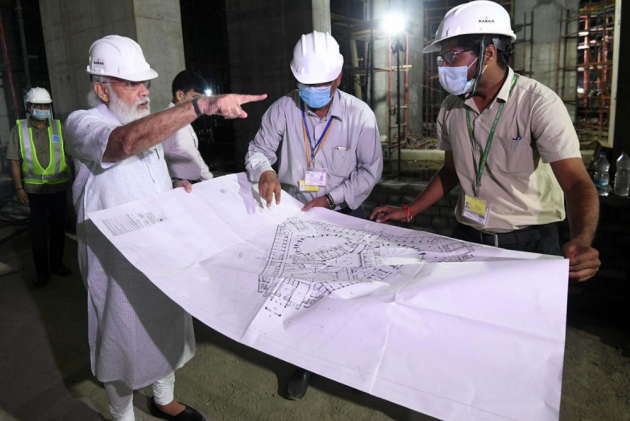 The building is part of the Central Vista project, which has faced stiff criticism from the opposition. Construction for the new Parliament building is expected to be completed by the end of next year.

Images of the PM visiting the construction site went viral on social media with several ministers as well as party workers sharing the images.

Government officials have said that Parliament's winter session in 2022 will be held in the new building.

The new parliament building will have an area of 64,500 square metres.

It will also have a grand Constitution Hall to showcase India's democratic heritage, a lounge for members of Parliament, a library, multiple committee rooms, dining areas and ample parking space.

In the new building, the Lok Sabha chamber will have a seating capacity for 888 members, while the Rajya Sabha will have 384 seats for members.