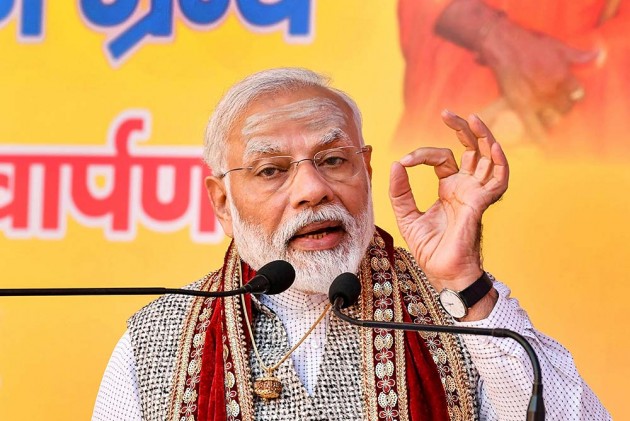 "On his Jayanti, I bow to the courageous Veer Savarkar. We remember him for his bravery, motivating several others to join the freedom struggle and emphasis on social reform," the prime minister wrote on Twitter.

He also shared a clip of his May, 2018 "Mann ki Baat" radio programme in which he had referred to Savarkar.

"It is indeed sad that we kept on calling the events of 1857 only as a rebellion or a soldiers' mutiny for a very long time. It was Veer Savarkar who boldly expostulated by writing that whatever happened in 1857 was not a revolt but was indeed the First War of Independence, he had said.

"Savarkar envisioned a casteless India and started one of the most powerful social reform movements against untouchability," the vice president said in a series of tweets.

During imprisonment in the Cellular Jail, Savarkar was subjected to harsh treatment and solitary confinement, Naidu recalled.

"His indomitable spirit and commitment to free his motherland from foreign oppression will be always remembered," he said.

Today's youth must take inspiration from his life and ideals and strive to build a strong, prosperous and inclusive India, Naidu said.

Vinayak Damodar Savarkar was born in 1883.