The announcement comes on a day that is a very important one for the Sikhs. The Prime Minister in his address to the nation however defended the farm laws. 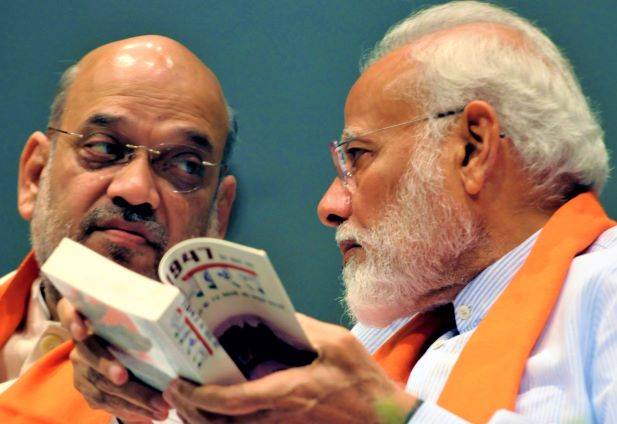 Prime Minister Narendra Modi reached out to Punjab farmers on the morning of the Sikh festival Guru Parb, the birth anniversary of the first Sikh Guru Nanak, by announcing that the government would withdraw the three farm laws as soon as Parliament meets for the budget session.

The announcement comes on a day that is a very important one for the Sikhs. The Prime Minister in his address to the nation defended the farm laws as an attempt to help small farmers sell their produce wherever they wished to by liberalizing agricultural produce marketing. He said that such demands had come from experts of the field and many farm unions. Yet, he added, the government could not convince a section of farmers for more than one year.

“The decision was taken with a pure heart. Yet, there must have been some shortcoming in our tapasya (devotion). This isn’t a day to blame anyone. I am announcing that all three farm laws will be repealed by the government by the end of the month when Parliament meets, using all constitutional measures for the same,” Modi said. “I appeal to all my farmer brothers to go back home and to farming on this auspicious day.”

‘The Three Farm Laws Are Against Federal Structure, Are Unconstitutional’

The decision of the Prime Minister comes months after Punjab, the hub of the farm agitation, and UP, western parts of which also got affected by the agitation, go to polls.

The farm laws led to the alliance between the BJP and Shiromani Akali Dal in Punjab snapping. The national capital’s borders saw protests taking place for one year.

The new laws were meant to provide for the intra-state and inter-state trade of farm produce outside the APMC Mandi system free of any market fee, cess or levy. The laws also permitted contract farming via an agreement between farmers and a buyer, with disputes regarding the agreement being addressed by a three-tier process: a conciliation board, the SDM and the district collector, the appellate authority. They provided for a penalty to be imposed on the party found in violation of the agreement, but added that farmland could not be taken away for it. They further provided for the supply of certain food items to be unregulated except in times of war and famine. Stock limits could be imposed only during a steep price rise.

Supporters of the farm reforms said these would offer farmers access to a larger pool of buyers. This, they said, would increase farm incomes.

There was, however, opposition to the farm laws particularly from the farmers of Punjab and Haryana, rich agrarian states that were beneficiaries of the green revolution. There were fears that the laws would dismantle the APMC and the Minimum Support Price regime, wherein, technically speaking, the government fixes a minimum price on 23 crops, which is supposed to be the guaranteed minimum price at which it purchases from farmers in case market prices fall below the price. However, this does not happen on the ground, as per farmers in many states.

However, the government maintained that it was not rolling back the APMC system or the MSPs. It said that it was only opening multiple choices for farmers. However, critics said that the initial diversion to contract farming by the farmers for better prices could make the APMC system fall into disuse. There were also demands that the laws be amended to invalidate any transaction below the MSP.

Punjab and Haryana became hubs of the farm agitation because the two states have had the best organized APMC and MSP system. In Punjab, the government procures wheat and paddy at the MSP, leading to more stable incomes. However, the procurement guarantee does not really apply in most states on the ground. In most states, farmers sell their produce below the MSP.

As per reports, just 6-percent farmers in India are able to benefit from the MSP regime. However, a 2016 NITI Ayog report said that 100-percent of Punjab farmers benefit from the MSP regime. The government told the Rajya Sabha on September 18, 2020, that 42-percent of the 43-lakh farmers who took advantage of MSP on wheat during the Rabi season were from Punjab and Haryana.