Congress spokesperson Manish Tewari said it was unfortunate that the prime minister made a reference to Pakistan seven times during his address and accused him of hyphenating India with Pakistan during the last five years. 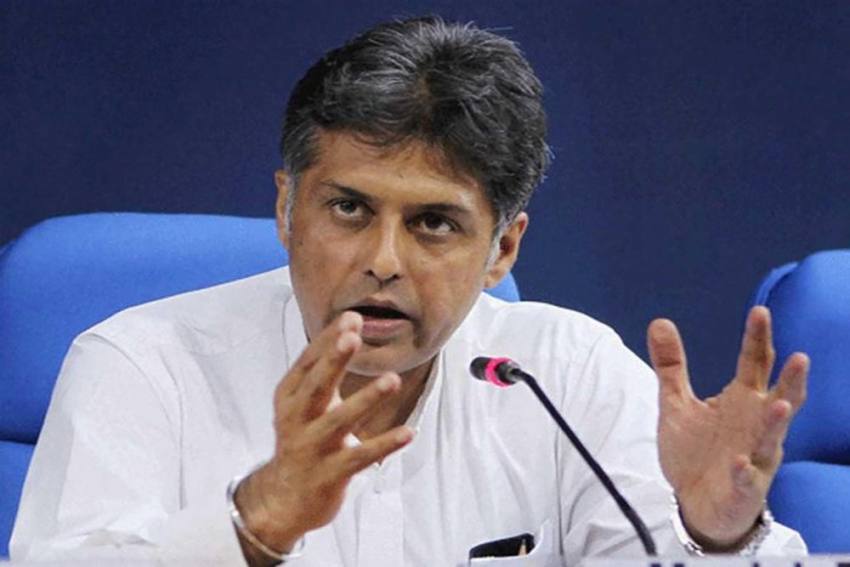 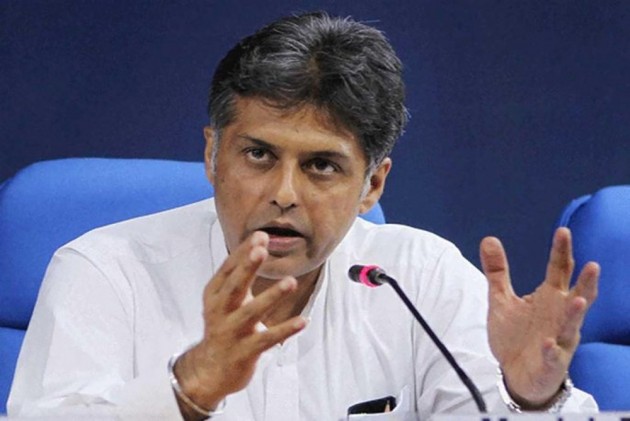 The Congress on Thursday described Prime Minister Narendra Modi's address in Parliament as one that oscillated between "stand-up comedy" and "rank communalism", and said he should apologise for "misleading" the country by quoting Jawaharlal Nehru "out of context".

Congress spokesperson Manish Tewari said it was unfortunate that the prime minister made a reference to Pakistan seven times during his address and accused him of hyphenating India with Pakistan during the last five years.

Tewari was referring to Modi's reply to the Motion of Thanks to the President's address.

He also accused Modi of destroying the Indian economy and said the prime minister is covering this up by dividing society through polarisation. While the country's economy is inflicted by "coronavirus", the NDA-BJP government is giving medicines for the common cold, the Congress leader said.

"It is extremely unfortunate and deeply regrettable that the prime minister's comments oscillated between stand-up comedy, half-truths and rank communalism. It is regrettable that the Prime Minister of India should quote one of his illustrious predecessors Jawaharlal Nehru completely out of context," he said.

Tewari said BJP's Hindu-Muslim and India-Pakistan rhetoric is the only way for the ruling party to cover up for its failure in improving the economy of the country which is in a shambles right now due to its policies.

"That is why I told the finance minister (Nirmala Sitharaman) that the Indian economy is afflicted with the coronavirus and you are trying to give it medicine for a common cold," he said.

Tewari alleged that Modi took the help of various communications and various agreements which former prime minister Nehru had entered into in order to support or buttress his claims with regard to the Citizenship (Amendment) Act.

"Unfortunately, the prime minister was deliberately being selective, if not completely untruthful to this country," he said, quoting the agreement that the grant of citizenship should be "irrespective of religion".

Congress leader Rahul Gandhi hit out at Modi for not talking about the main issue of unemployment and "distracting" people by raising other things from Jawaharlal Nehru to Pakistan.

"Talk about the main issue prime minister ji. Tell the youth what you are doing about jobs...His style is to distract the country. He had said two crore jobs will be given to youngsters, but five and a half years have passed. Last year 1 crore youth lost jobs, he is unable to say a word," Gandhi said.

Congress chief spokesperson Randeep Surjewala said "Modi ji our elder. The country and I expected him that he could behave in a neutral, serious manner as per his post. I feel he can not meet the expectations of all those believing in sincere political and public life."

"I may summarise his reply on President's address as - "'Phate Dhol Aur Bhadde Bol'", he said.

"If he would go to buy pulses, tomatoes, onion, mustard oil, cooking gas cylinder he would understand what price hike is and also the pain of the housewives in the country," Surjewala said.

Tewari said the Parliament in 1955 chose to make the citizenship act religion neutral.

"Does the prime minister believe that the situation that prevailed in 1947 is the situation which prevails in 2020? Is India in the same position in 2020 as it was in 1947? If this was what the PM was trying to say? It seems that the clock of time has stopped in his mind," he said.

The Congress leader also said that it is also unfortunate that for 10 years the UPA government spent all its time and efforts in de-hyphenating India from Pakistan, but in the past five years, Modi has invested all his energy and all his time in hyphenating India and Pakistan again.

"The prime minister refers to Pakistan seven times in his speech- if not more. Are we supposed to compare ourselves with what is literally a banana republic - a country which is owned by a military? Does not it demean our self esteem and our pride as a nation to compare India to a country which is really an extension of their military? This is what the NDA-BJP government has brought India down to," he said.

"This Hindu-Muslim, this India-Pakistan, the only swan song which the BJP-NDA government has had for the past five years, is being done with only one purpose - to cover up the complete destruction of the Indian economy in the past five years," Tewari said.

Today, he alleged, the economy stands pulverized as its fundamentals- savings; consumption, investment and employment - have been destroyed.

Tewari also said that exports-imports, electricity consumption, household savings - everything is down, but fiscal deficit is up.