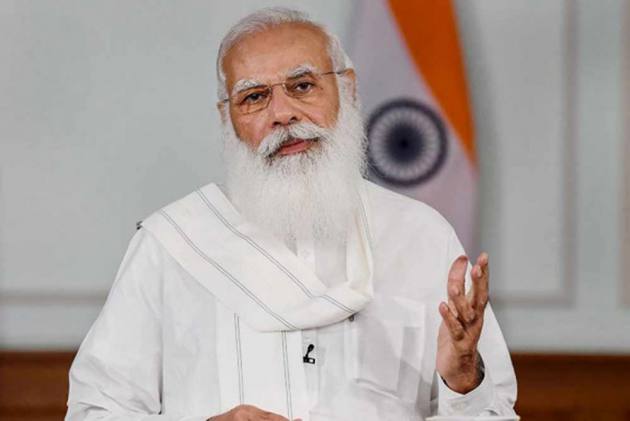 As a precursor to the impending Cabinet reshuffle, Union minister for social justice and empowerment Thawarchand Gehlot was appointed as the Governor of Karnataka earlier today.

Seen as BJP’s most prominent Scheduled Caste face, Gehlot is one of the eight Governors that have been either transferred or appointed by the government. With Gehlot’s exit from the Council of Ministers, there is an opening for a Dalit face in the Cabinet. Speculation around various names is rife within the party as his replacement when the much-awaited reshuffle takes place. Sources claim that it can happen any time before the monsoon session of Parliament begins on July 19. Gehlot was also the Leader of the House in Rajya Sabha, and the government will also have to find his replacement before the session commences.

Though there has been no official word from the government, enough signals have emanated regarding the reshuffle in the past few weeks. Prime Minister Narendra Modi has had meetings with the key ministers in small batches to assess their performance. The ministers were asked to make presentations about their achievements and the work done since the government was formed in May 2019. Party president J.P. Nadda also attended some of these meetings.

“It is possible that there would be a major shake-up in the portfolios, where the non-performing ministers may be shown the door, rather than mere induction of new faces,” a senior BJP leader reveals. The emphasis is likely to be on poll-bound states including Uttar Pradesh, Gujarat, Himachal Pradesh, Punjab, Manipur and Goa. Among these UP is the most crucial where BJP leader Rita Bahuguna Joshi and allies like Anupriya Patel of Apna Dal could find a place in the Union Cabinet.

PM Modi is likely to induct around a dozen more ministers in the Cabinet, whose strength can go up to 81 members – that is 15 per cent of the Lok Sabha strength. The current strength of the Council of Ministers stands is 53.

With SAD and Shiv Sena no more part of the NDA, there is the possibility of adjusting allies like JD(U) and LJP, whose leader late Ram Vilas Paswan was a key Dalit face in the Cabinet.

Piyush Goyal has been handling Paswan’s portfolio of Consumer Affairs, Food and Public Distribution in addition to the heavy charge of Railways and Commerce and Industry. His load is likely to be lightened with others getting some of his ministries. There are other ministers who are handling more than one portfolio. These include Ravi Shankar Prasad, who is handling Ministries of Law and Justice, Communications and Electronics and Information Technology.

Health and family welfare minister Dr Harsh Vardhan, who is in the limelight for the management of Covid-19 pandemic, is also in charge of Science and Technology and Earth Sciences.

Prakash Javadekar too has been handling heavy portfolios of Environment, Forest and Climate Change, Information and Broadcasting, and Heavy Industries and Public Enterprises. The load of these ministers is likely to be distributed among the new entrants into the Cabinet, apart from shuffling up the ministries among the existing ones.

Leaders who are likely to make an entry into the Cabinet include Jyotiraditya Scindia, Sushil Modi and Sarbananda Sonowal. R.C.P. Singh, JD(U) leader and a close confidant of Bihar chief minister Nitish Kumar may find a place in the Cabinet. Sources claim that the new UT of Ladakh may get a representation in the Cabinet with the sole MP Jamyang Tsering Namgyal being inducted in the Cabinet. Sources say that Namgyal has impressed the party leadership with his eloquence.