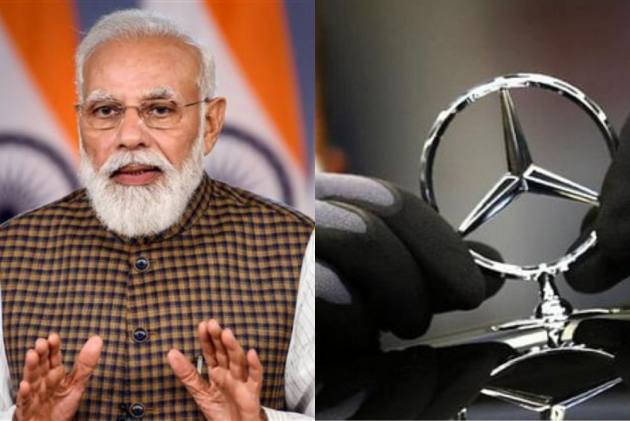 Prime Minister Narendra Modi’s new car -- a highly protective Mercedes Maybach -- added to his security detail is creating a buzz. Amid speculations on the price and other details of the Maybach, government sources said on Wednesday that the new cars are not an upgrade but routine replacement as BMW had stopped making the model used for him earlier.

Before the ‘replacement’ with a Mercedes-Maybach S 650 Guard, PM Modi has used a Range Rover Vogue, Toyota Land Cruiser and a BMW.

According to reports, the car costs over Rs 12 crore, however, an official source told media, "The cars cost much less than the media speculation, in fact, it is about one-third of the price quoted in the media.”

Here are 5 facts we know more about the car:

1. The Maybach S 650 Guard is said to be among the top tiers of cars used for VIPs worldwide. It is both bullet-proof and blast-proof. The last time Modi was seen travelling in the car was during the two-day visit of Russian President Vladimir Putin to New Delhi.

2. The car comes with the highest certification of standard available to provide 360-degree protection to VIPs. The car has a ballistic protection level of VR10 and is built with a reinforced body shell and glass housing. The car can withstand high explosives and bullets fired from military rifles.

4. The car is equipped with features that can cope with unforeseen dangers like a gas attack. During such emergency, the fresh air system gets activated to protect the riders. The car also has special run-flat tyres that will continue to function in case of damage or puncture, for a quick getaway.

5. Equipped with a self-sealing fuel tank, the car also has an inbuilt fire extinguisher. The seats also have special massage functions, rising from ‘high intensity’ to ‘hot relaxing back’. The top speed of the car is capped at 160 km/hr.

Official sources said the SPG security detail has a six-year norm to replace vehicles used for the protectee, and the previous cars were used for eight years under Modi, leading to an audit objection and comment that it was compromising the life of the riders.

The SPG, however, ordered some modifications of the car to meet the needs of the prime minister’s protection.

Officials asserted that Modi has not given any preference on which cars to use and noted in this context that Congress president Sonia Gandhi in the past used Range Rovers which were actually procured for the then prime minister.