Four people have been taken into custody, including the person who took the office's picture and put it on the website, said Varanasi SSP Amit Pathak 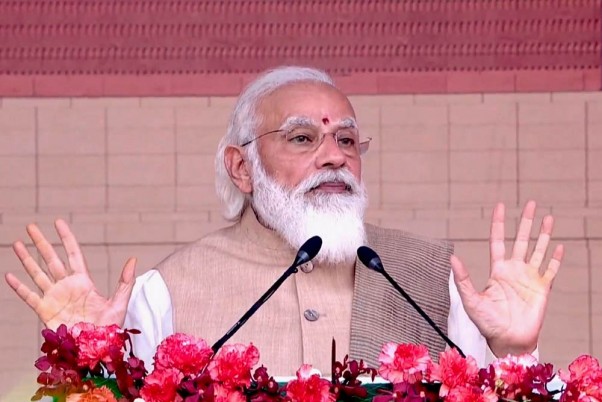 The accused had taken a picture of the "Jansampark Kaaryalay (public relations office)" of Modi, who represents Varanasi in the Lok Sabha, and put it "up for sale" on OLX website, they said.

The office is located in the Jawahar Nagar locality of the city, and it falls under the Bhelupur police station limits, Varanasi Senior Superintendent of Police (SSP) Amit Pathak said.

"Yesterday, it came to our notice that the prime minister's office in Varanasi has been put up on sale on OLX website. An FIR was immediately lodged at the Bhelupur police station, and the matter is being investigated," Pathak said.

"Four people involved in the case have been taken in custody," the SSP said, adding that the person who took the picture and put it on the website is among them.

The accused are being questioned, and further legal proceedings are being carried out, he said.

Prime Minister Modi, a four-time chief minister of Gujarat, was first elected to the Lok Sabha from Varanasi in 2014 and then re-elected from the constituency in 2019.