In Russia, Modi will attend the Eastern Economic Forum in Vladivostok and hold the annual bilateral summit with Russian President Vladimir Putin. 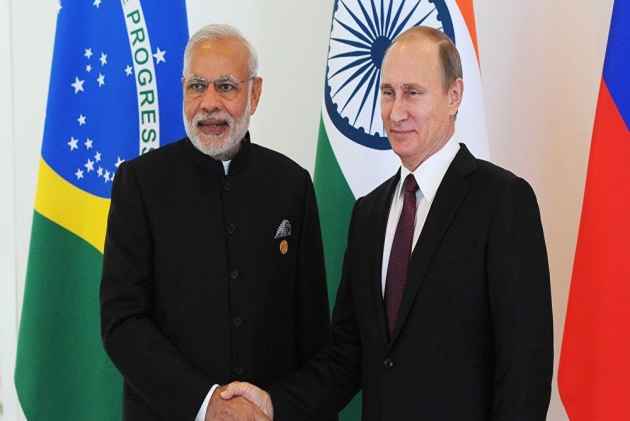 Prime Minister Narendra Modi's visit to Russia on September 4-5 will open a "new chapter" in the already close ties between the two countries as both sides will aim to expand cooperation in a plethora of areas, including defence, trade, civil nuclear energy and hydrocarbons, Russian envoy in India Nikolay Kudashev said on Wednesday.

On the situation in Jammu and Kashmir, he said Russia is strongly backing India's position on abrogation of Article 370 of the Constitution and that New Delhi and Islamabad should resolve the outstanding issues through dialogue, based on the Simla Agreement and the Lahore Declaration.

In Russia, Modi will attend the Eastern Economic Forum in Vladivostok and hold the annual bilateral summit with Russian President Vladimir Putin.

At a press conference, Kudashev said the summit between Modi and Putin will lay a solid ground for exploration and promotion of a new dimension of the mutually beneficial cooperation between the two countries.

Another Russian official said both sides are working towards finalisation of an agreement for setting up six more civil nuclear reactors in India, apart from the Kudankulam project.

Under the Kudankulam project, Russia is building six nuclear reactors in India.