'Wherever they (BJP) go, they make people fight, be it Hindu-Muslims, Jat-non Jat. A country cannot develop through division,' Rahul Gandhi said. 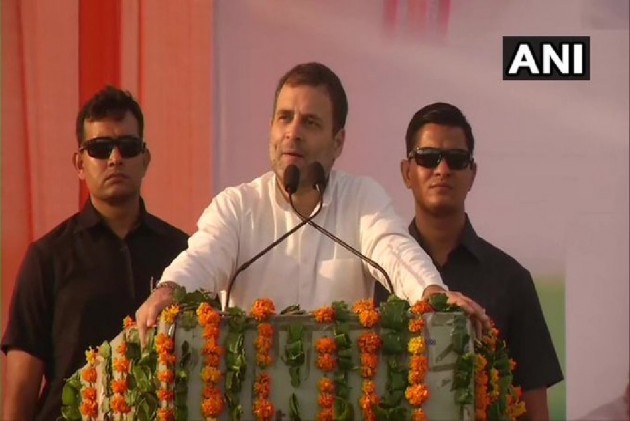 Congress leader Rahul Gandhi on Friday alleged that Prime Minister Narendra Modi has no understanding of the economy and the world is mocking India due to his government's divisive politics that pitted people against each other.

He also slammed the media, saying it was scared and not showing the truth.

"Media persons say 'we know the truth but we can't show it because we will lose our jobs'," he said.

Modi had criticised MNREGA and he has "no understanding" of the economy, he alleged.

"Wherever they (BJP) go, they make people fight, be it Hindu-Muslims, Jat-non Jat. A country cannot develop through division,

Interim Congress President Sonia Gandhi was initially scheduled to address the election rally here on Friday, but was replaced by Rahul Gandhi,  due to her poor health.

Haryana goes to polls with Maharashtra on October 21.