PM Modi also performed the ground-breaking ceremony for the building, which is expected to be completed by 2022. 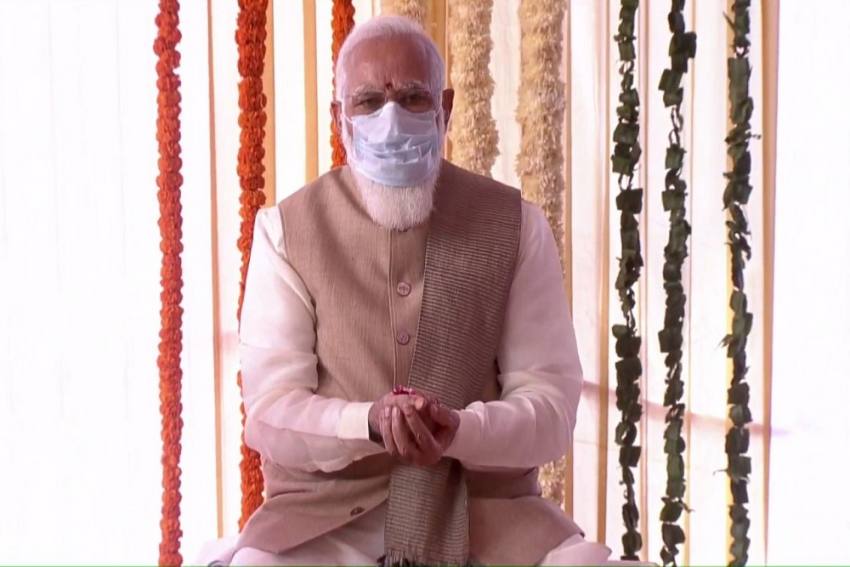 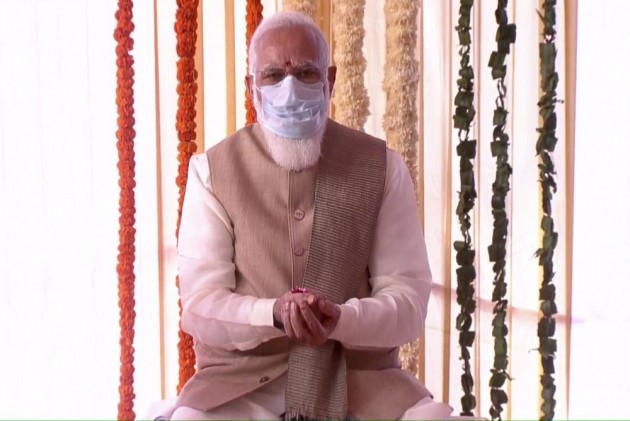 Prime Minister Narendra Modi on Thursday laid the foundation stone of the new Parliament building here at an event that was attended by leaders from various political parties, cabinet ministers and ambassadors of different countries.

Modi also performed the ground-breaking ceremony for the building, which is expected to be completed by 2022.

Pujaris from the Sringeri Math Karnataka did the rituals for the ''bhoomi pujan'' at the new Parliament building site.

The new building will have an area of 64,500 square metres.

It will also have a grand Constitution Hall to showcase India's democratic heritage, a lounge for members of Parliament, a library, multiple committee rooms, dining areas and ample parking space.

At present, Lok Sabha has a sanctioned strength of 543 members and Rajya Sabha 245.

In September this year, Tata Projects Limited won the bid to construct the new Parliament building. The new building will be constructed close to the existing one under the Central Vista redevelopment project.

The existing building is a massive circular edifice of 560 feet in diameter. The Parliament House Estate is enclosed by an ornamental red sandstone wall or iron grills with iron gates that can be closed when occasions demand. The building has 12 gates.